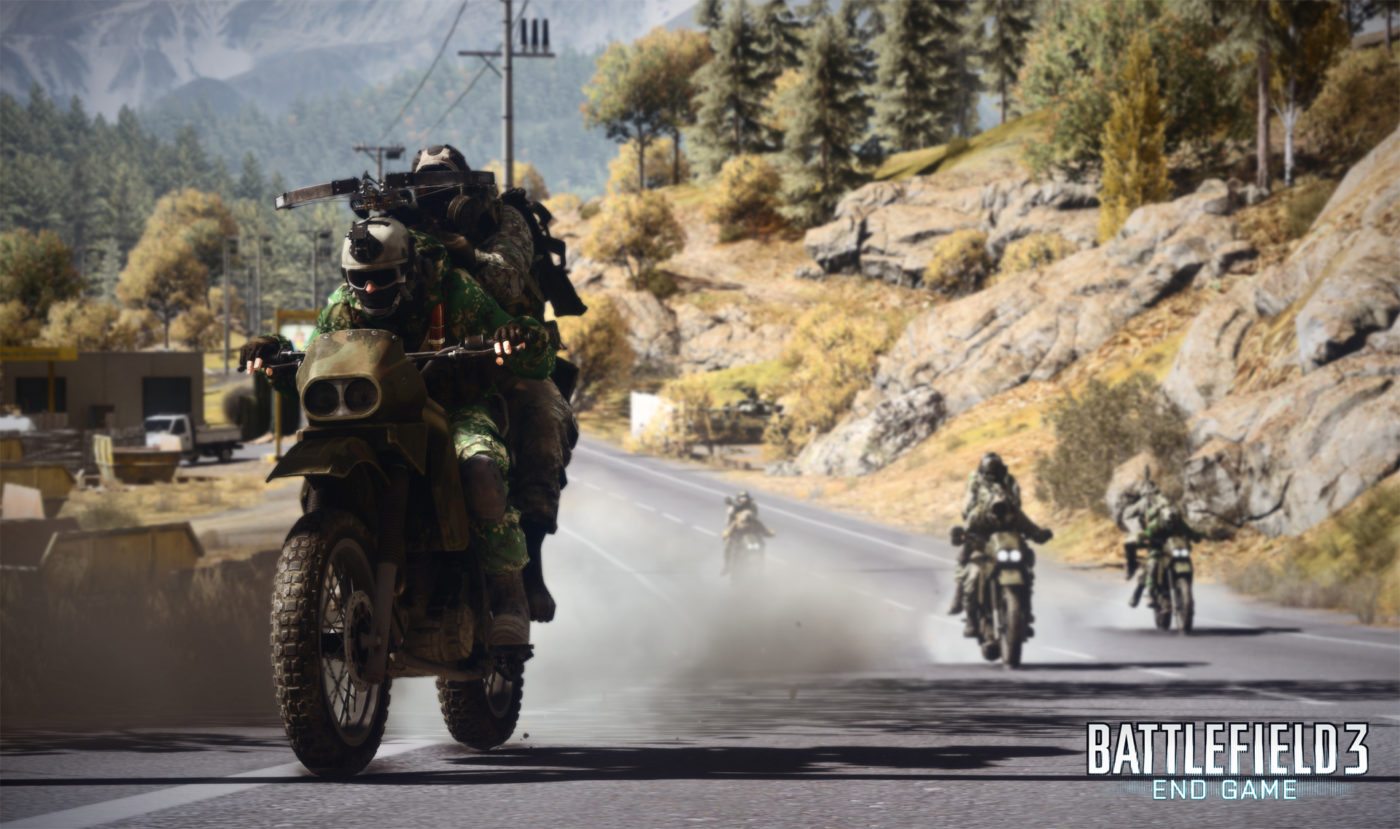 A viewer of YouTuber TheEnd004500 spotted something interesting in a test video featured in the latest Battlefield Blog post about the some of the new maps and vehicles featured in Battlefield 3’s End Game DLC.

While the post itself may have been focused the new motor-bike, upon taking a closer look, you can also actually notice the new dropship far off in the background, said to act much like the AC130 gunship from Armored Kill, but will instead support infantry with additional troops and vehicles.

Check out the video below. Thanks, TheEnd and “TheGreatDestroyer34!”

Battlefield 3 End Game is due out this march for Premium members first.