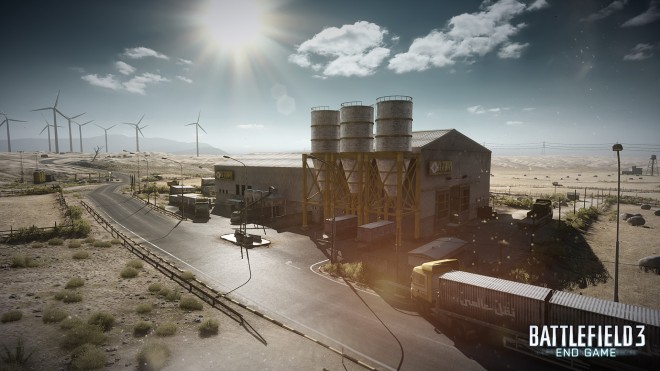 As DICE preps for the launch of Battlefield 3’s final piece of downloadable content, this shiny brand new Premium End Game trailer shows off the four seasonal locations you’ll be racing around in with the new dirt-bike and dogfighting in with full teams of jet fighters. DICE will be highlighting each style of combat with the introduction of two brand new game modes, Capture the Flag and Air Superiority.

Check out Kiasar Railroad, Operation Riverside, Nebandan Flats and Sabalan Pipeline in all their Frostbite 2 glory.

What do you think of the four new maps so far? Any favorites?