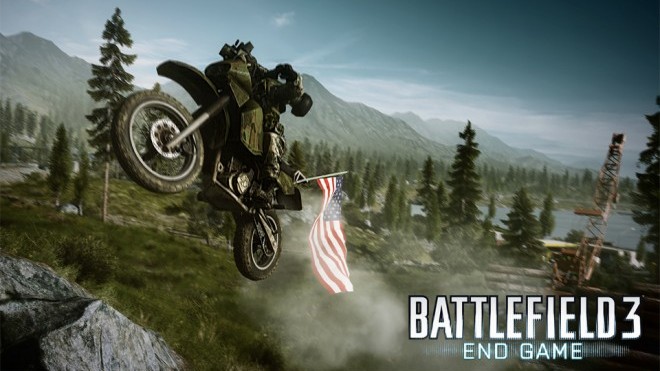 Tomorrow, March 12, Premium members on the Xbox 360 and PC will be able to download the fifth and final expansion pack for Battlefield 3.

Between 9:00 and 13:00 UTC tomorrow, Battlefield 3 multiplayer will be unavailable on the Xbox 360 due to maintenance. When operations return, End Game will be available to download.

The PC version will not require maintenance and will be available for download at 9:00 UTC tomorrow.

Maintenance means BF3 multiplayer will be unavailable 9-13 UTC March 12 — after which End Game will be live for X360 Premium members!”

The maintenance only applies to Xbox 360 players. Premium PC will just receive players End Game and no maintenance.

End Game is included in the Battlefield 3 Premium package or $14.99 USD as a separate purchase.

Mark your calendars and be sure to keep your sights on MP1st for our Battlefield 3: End Game review.