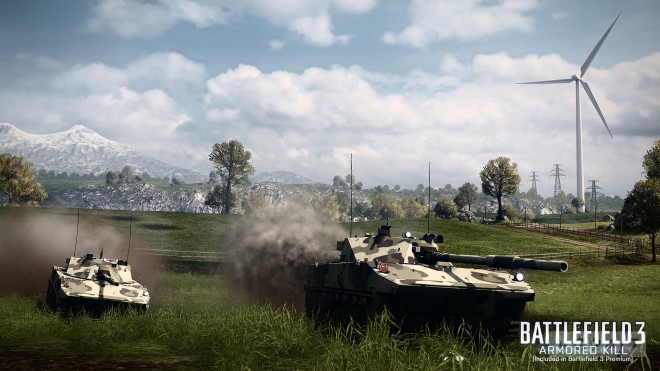 With the recent release of the new Armored Kill trailer showcasing the biggest Battlefield ever, ‘Bandar Desert,’ as well as the snow lover’s dream come true, ‘Alborz Mountain,’ comes hidden information of the next upcoming patch for Battlefield 3.

Seemingly, this unannounced updated will implement ‘Flag letters’ above the mini-map, according to this screen shot from the Armored Kill trailer:

Even though this is a small feature to be added into the game, it will greatly help out newcomers and people who haven’t quite gotten the grasp of the game yet.

For more information on whats to come on the next Battlefield 3 patch, check out our tentative future patch article.

Armored Kill will be released on the PC, PS3 and Xbox 360 this September with Battlefield Premium members getting an early, two-week head start.

Thanks to ‘Wirrrew’ from the Reddit community for the picture.

Get Double XP In Modern Warfare 3 This Weekend On PS3, PC, and Xbox 360