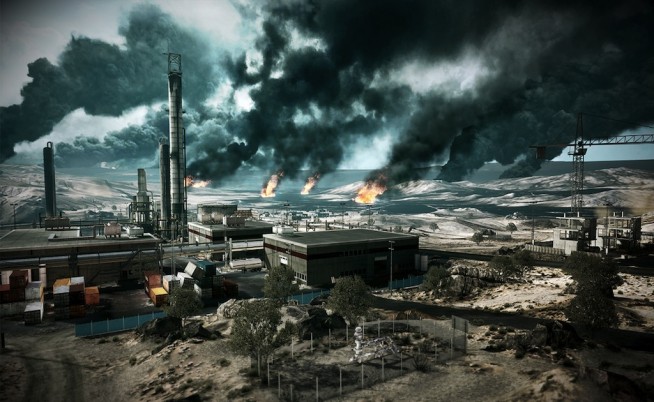 Server fixes on the console versions of Battlefield 3 have just been announced by DICE.

These fixes are already live on the PC version of Battlefield 3. Again, this is a server side update so no download will be required. While fixing the major issue of lag is a huge plus, I’m really happy to see that they are looking into the spawn points in TDM/SQTDM. This was one of the only issues that stopped Battlefield 3 from receiving our reward for best in class TDM.

We have not yet heard any word of a release date for an actual patch but we do know DICE has one in the works. You can view our earlier reports and potential patch notes here:

Battlefield 3 Patch Details: Jets, Pistols, and UMP will be Adjusted

Alan Kertz has also revealed some new information regarding the upcoming patch and things that DICE is looking into. Buffing the UMP-45 was talking about quite a while ago now, and some fans have been asking if changes have already taken place. “I believe it will come in a future update,” Kertz Mentioned. Other Battlefield fans have expressed concern about plans to nerf the SCAR-H. One fan asked, “if you’re nerfing the SCAR-H based on usage stats then I think those might be a bit misleading given how early an unlock it is.” Kertz responded, saying that it’s “not based on stats, just based on the role it plays. It’s statistically superior at close and long range, should only be long range.”

Team Deathmatch: Which Game Does it Best?

Call of Duty to Have 3 Year Dev Cycle? No BF3 Influence on MW3, and More – Sledgehammer Games