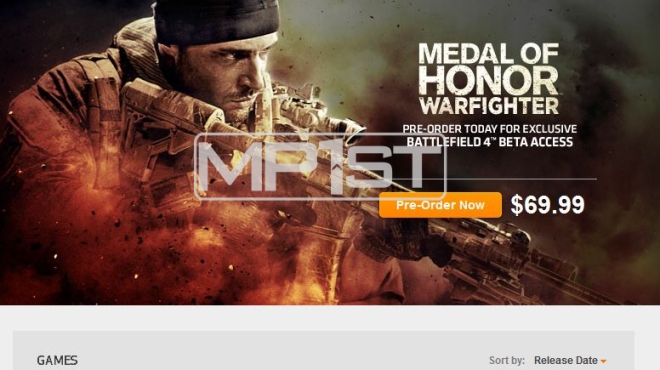 Pre-Order Medal of Honor: Warfighter to gain access to Battlefield 4 Beta, reads a banner on EA’s Origin client. Under the Shooter category in the client, the banner appeared earlier today. 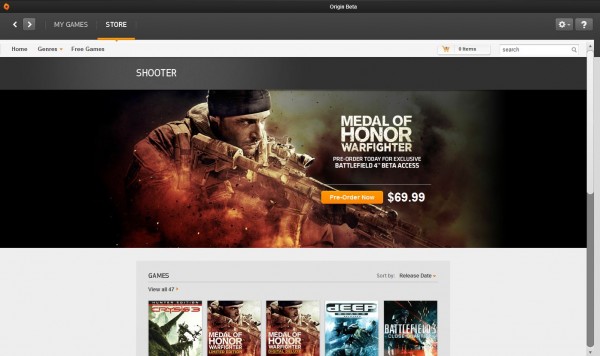 You may recall that the first print of the last Medal of Honor game, the “limited edition” as it was dubbed, included tokens for access to the Battlefield 3 beta. Further, since Medal of Honor: Warfighter will have the same incentive for Battlefield 4, the next game in the Battlefield franchise may release next year. It would be far fetched for EA to include beta codes in Warfighter for a game that’s more than one year out.

It should be noted that  Battlefield Bad Company 3 is rumored to be in development through a resume leak.

Thanks to MP1st reader Ron for the tip!

Update: The banner has been taken down and replaced with a Battlefield 3 Premium banner. 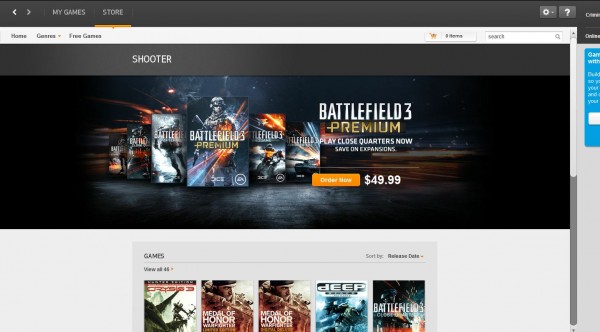 Gears Of War: Judgment – An In-Depth Look at the New Overrun Game Mode and Classes