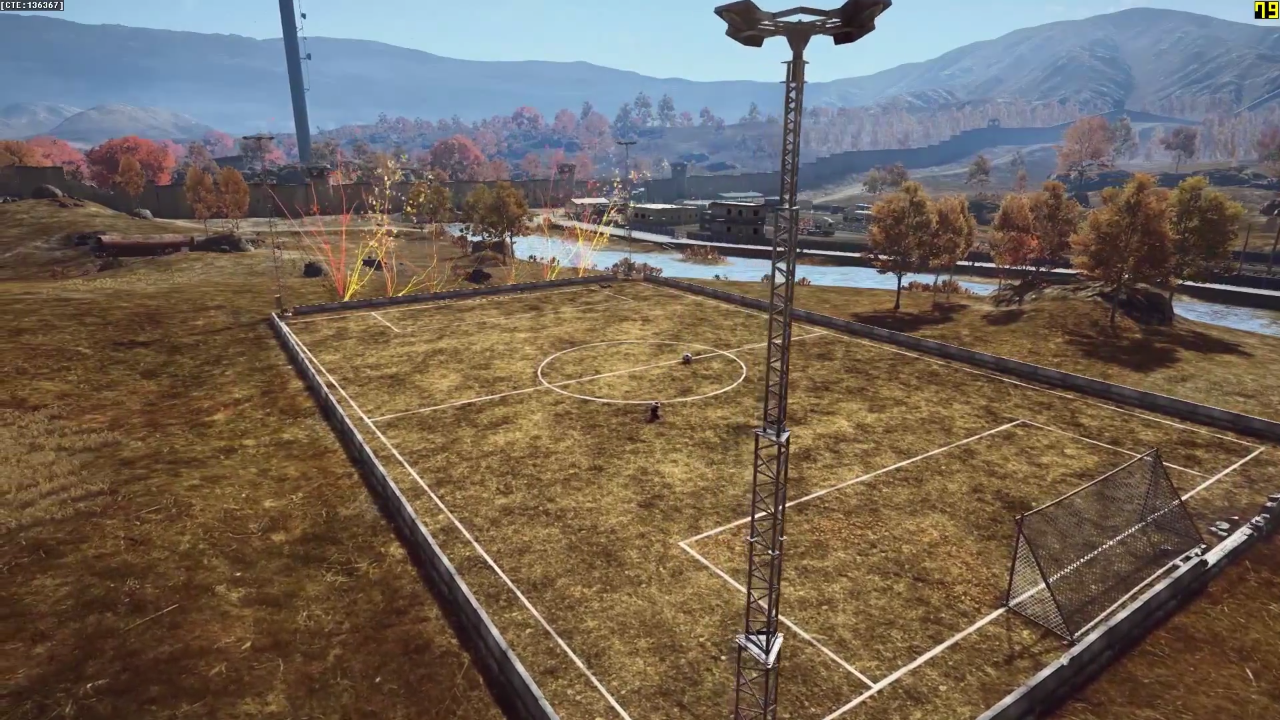 It looks like FIFA is no longer the only EA-owned football series of video games out on the market. Make way for the latest generation of Frostbite 3-powered soccer games, “Footballfield.” Prepare 4 football.

Developer DICE LA has left a neat little surprise for soccer fans inside Battlefield 4‘s Community Test Environment. Similar to the Easter Egg that celebrated July 4 earlier this month, this one celebrates the recently-concluded FIFA World Cup with an actual in-game football field and soccer ball.

DANNYonPC was able to highlight the Easter Egg found on Second Assault’s iteration of the fan-favorite Caspian Border map. The field is located just on the other side of the border, closest to the US spawn. It’s fenced off to keep the giant soccer ball from rolling out of bounds, and even has two goalie nets with fireworks that ignite upon scoring a goal.

Check out the video:

Pretty cool! Shout out to DANNYonPC and his gang for keeping things clean and foul-free, though we never did see a referee on the field. Good game, regardless.