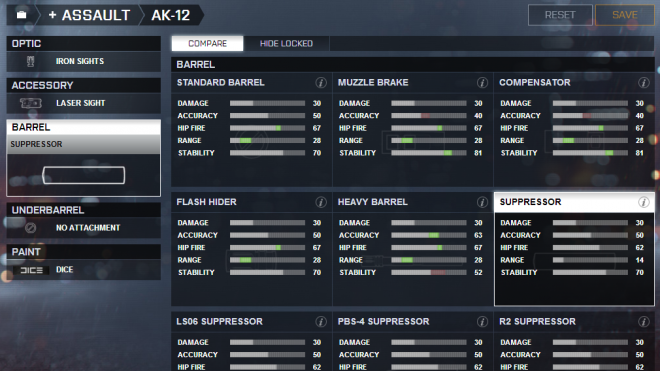 As part of today’s Battlefield 4 PC update, the Battlelog loadout screen is going to be getting a bit of an overhaul, and definitely for the better.

On Reddit, a DICE developer who goes by the username “DarkLord7854” showcased a few of the improvements the Battlelog team is making to the loadout menus. The new update, dubbed the Battlelog Loadout 2.1.0 Update, will make it much easier to compare weapon stats, including the stats of weapons equipped with various attachments.

Check out some of the screens he included in his posting, as well as a few of his notes outlining some of the improvements:

It’s looking great so far. According to “DarkLord7854”, this Battlelog update is included in the 1GB PC patch that is currently available, according to some users who’ve already begun downloading it.

Stay tuned for the full list of improvements and fixes included in the update shortly.