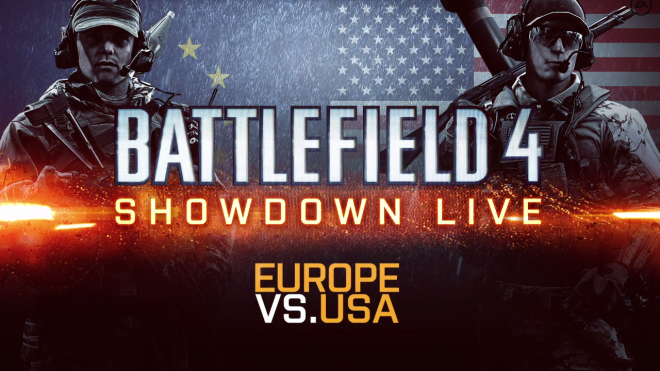 On November 1, the United States will take on Europe in an epic 32 vs. 32 Battlefield 4 tournament on the Xbox One taking place in London, UK, where top-tier players will be hand selected to join under the command of either Xbox Live’s “Major Nelson” or “AceyBongos” and to represent their country in battle.

Battlefield 4: Showdown Live will be broadcasted on Xbox Live where fans will also get their first look at the Battlefield 4 Second Assault DLC, which will bring back four fan-favorite Battlefield 3 maps re-imagined in the Frostbite 3 engine.

Check out some of the recent and rather humorous promotional videos from both the US and European sides, as well as the official start times below.