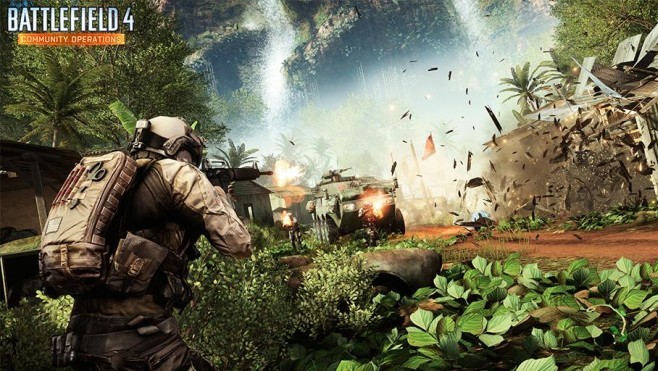 Probably the coolest Battlefield 4 gameplay trailer you’ll ever see, right here. The Two Scotsman have done it again with another cinematic masterpiece dedicated to the upcoming community-made map, Operation Outbreak.

Drawing inspiration from some of DICE’s previous Vietnam-set Battlefield games, Operation Outbreak’s latest gameplay trailer sets the action to the familiar music of Richard Wagner amidst a dense jungle backdrop. If you’ve been keeping up with the happenings within the Battlefield community, you’ve likely seen the work of The Two Scotsmen before, including this epic Star Wars Battlefront teaser and this cinematic trailer for Battlefield 4’s Night Operations DLC.

Earlier this month, developer DICE LA officially announced that the new map, born from the CTE’s Community Operations Project, will arrive as a free download for all Battlefield 4 players this Fall. Having gone through months of iteration, nearly every aspect of the map, from conceptualization to finalization, was built from player feedback. As it turns out, it appears that it might end up being one of Battlefield 4’s best looking maps too.

Check it out above and keep your sights on MP1st for everything Battlefield.