Looking forward to Battlefield V’s battle royale mode called Firestorm? While DICE hasn’t announced when we’ll get it, it seems an Assignment for the mode is already present. One of the Assignments for today’s Daily Orders include one for the mode, which isn’t out yet.

Check out the screenshot of the game’s start screen to see some of the Daily Orders, which includes a Battlefield 5 battle royale mode Assignment! 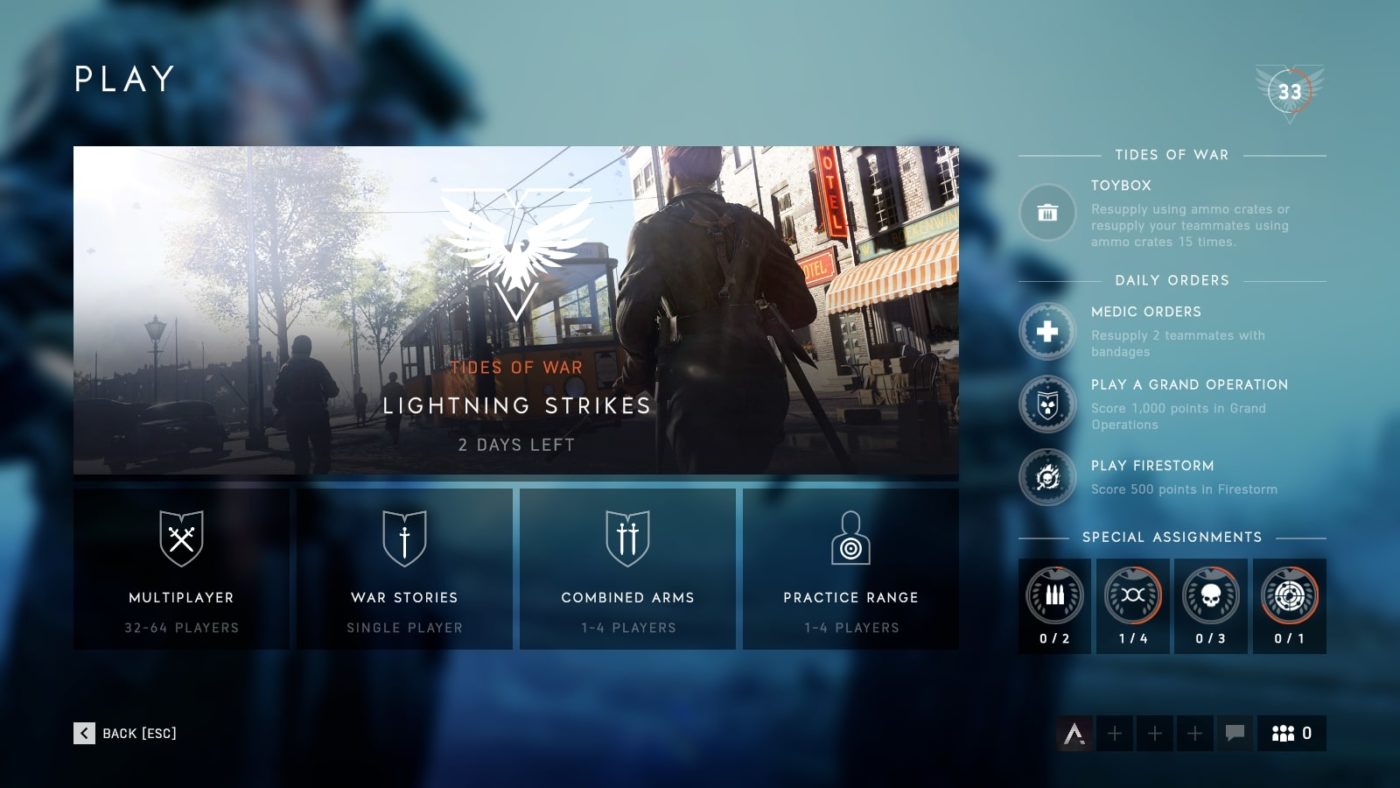 As you can see, one of the Battlefield 5 battle royale Assignments is to “Play Firestorm” and score 500 points in the mode. Yep, that’s going to be hard given it’s not available yet. Does this mean we’ll be getting the mode soon? Given how DICE has planned its release in March, I suspect we will.

Multiple posts on the Battlefield V subreddit have surfaced poking fun at the unattainable Assignment, which is understandable.

What’s weird here is, publisher EA already has a battle royale game that’s a certified hit with Apex Legends. Will this affect Firestorm in some shape or form? I gather it will.

In other Battlefield V news, go check out the changes included in the patch released earlier today.

Once DICE announces the official release date for Firestorm, we’ll be sure to let our readers know ASAP.