While most people are playing the Battlefield V beta, some people might have forgotten that Battlefield V’s battle royale mode called “Firestorm,” was just officially named this week.

Regarding objectives, there will be several types of objectives in Firestorm. These will both be at fixed and random locations. It’s been confirmed that you’ll spawn in with no weapons to start with, and you’ll need to loot equipment strewn throughout the map.

In addition to the Firestorm details, a new pre-order bonus item has been announced as well. Called the “Firestorm Ranger Set,” the kit can be used in multiplayer as well. 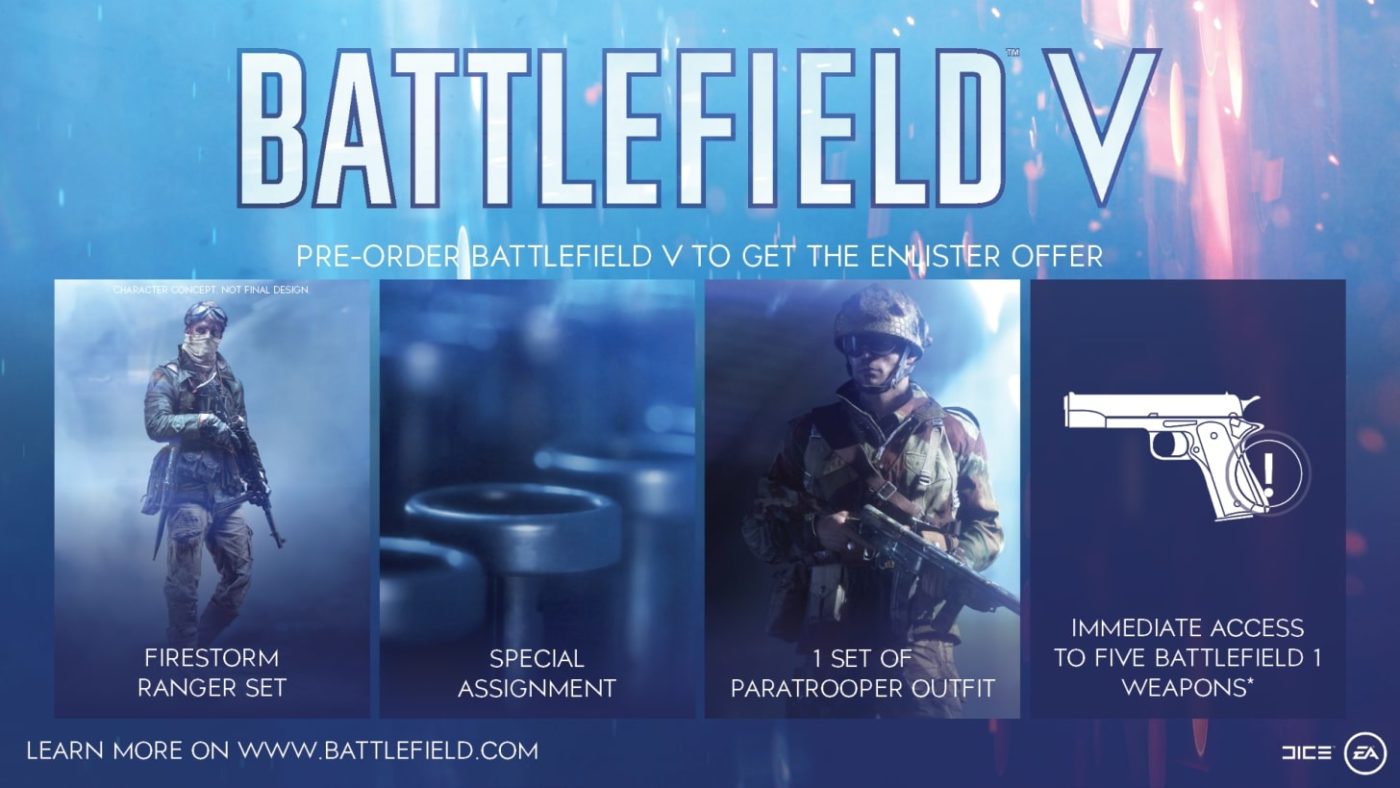 There are other benefits with pre-ordering. Along with the Firestorm Ranger Set, the Battlefield V Enlister Offer – for all players who pre-order Battlefield V or Battlefied V Deluxe Edition – gives players extra soldier customization options, as well as access to Special Assignments and their rewards, starting the week of launch. Enlist and get:

That’s a lot of info, no? If you want more, don’t forget to check out our Battlefield V hub page for the latest Battlefield V news.