While we already posted some datamined info from the most recent Battlefield 5 patch, it seems there’s a whole lot more hidden in it! Once again unearthed by reliable dataminer temporyal, this time, we have Battlefield 5 Chapter 5 new weapons, some of the maps set to be included in that chapter — which will be called Pacific Theater — includes fan-favorite Wake Island!

Before digging in further, note that the info below is from datamined files, and there’s no guarantee that we’ll see them in Chapter 5 or at all. Got that? Good!

We know DICE is planning to release three maps during Chapter 5 before the end of 2019. I’ve come across a few code names and a fourth map for this theatre of war.

“Wake Island” – an absolute classic. It’s a map that takes place on the Wake Atoll in the Pacific Ocean, and has appeared in many iterations of the Battlefield Series.

“Iwo Jima” was already announced at EA Play in June 2019.

“Jungle” and “Tropic Island” give us only a small hint on what to expect in general on these maps.

“The Type 97 Light Machine Gun was the standard machine gun used in tanks and armored vehicles of the Imperial Japanese Army during World War II, a light machine gun by infantry forces.” (Wikipedia)

“The M3 features an infrared scope for improved sighting in low-light situations, as well as a suppressor for reduced muzzle report.” (Ingame)

“The Experimental Model 2 Submachine Gun was a pre-World War II submachine gun of Japanese origin chambered in the 8mm Nambu round and was issued to Japanese Naval units, and used through until the end of the war.” (Wikipedia)

Note: The client explicitly mentions the “2A” variant so expect it to look different from wider known versions like the one in CoD WWII (I think I got the image right).

Note: Already more or less confirmed during EA Play and since patch 4.4 briefly mentioned in the client. 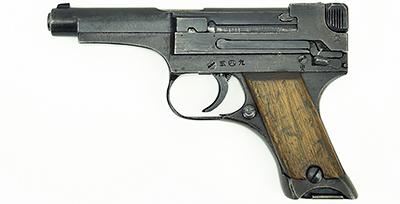 “Manufactured in Japan since before the war, some viewed this pistol as being unnecessarily complex in its design while others admired that it was compact and lightweight.” (Ingame)

M1 Garand (Semi-Automatic Rifle): A few new snippets confirm that this weapon will be a semi-automatic rifle and therefore available to the Assault class (as many of you already predicted).

Type 99 Arisaka (Bolt-Action Rifle): A few weeks ago we just had the “Type 99” string which can be associated with the lmg or bolt-action rifle. The new update confirms the Type 99 Arisaka without any overlappings which (currently) eliminates the Type 99 LMG as a datamined weapon.

Katana (Melee): New description: “Many swords were produced in the years leading up to the war as Japanese officers were required to wear them. The quality varied dramatically due to the amount that was needed in the short period of time.” (Ingame)

Burned Plank (Melee): New description: “In a pinch anything that can be picked up with one hand can become a weapon. Even if it may be on fire.” (Ingame)

There are also new soldiers sets, Epic Weapon Sets as well, which you can view here.