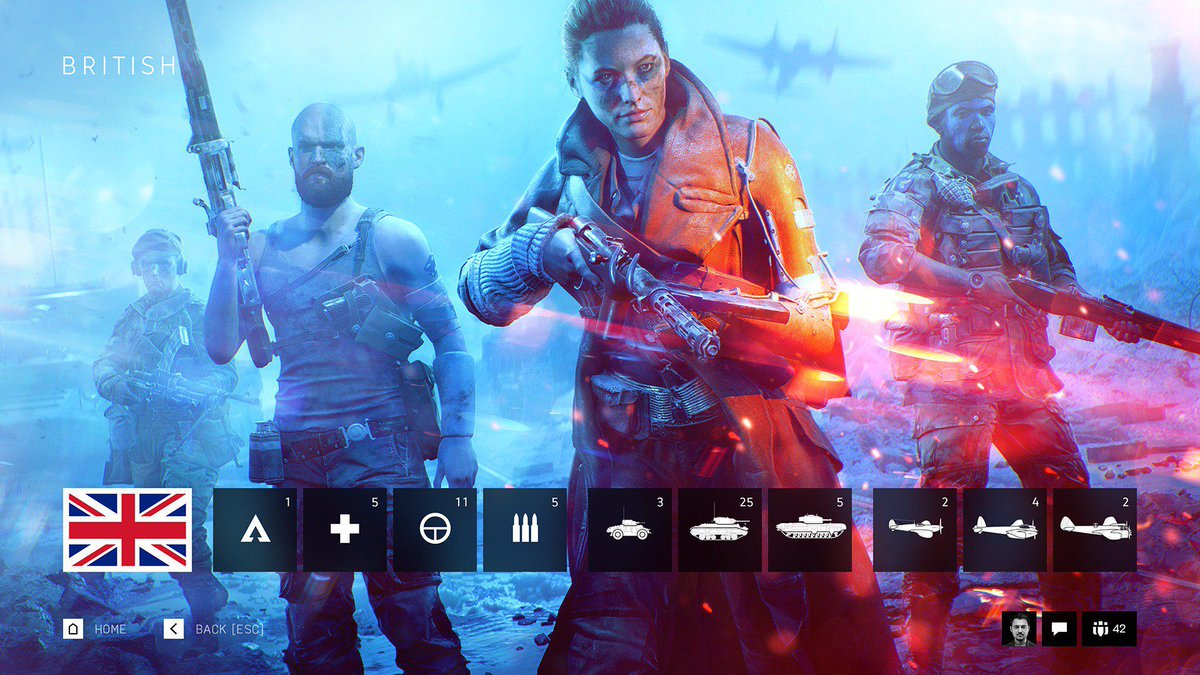 One of the new features introduced by DICE in Battlefield V is the “Company.” Not familiar with what it is? It’s your collection of soldiers, weapons, and vehicles that you’ve unlocked via progression.

Don’t fret though, YouTuber Westie is here to help! Check out the video below to find out how to upgrade your Battlefield V Company!

You have two factions within your Company: the Axis and the Allies. Within each faction, you have four soldiers you can progress and customize, one for each of the four main infantry classes: Assault, Medic, Support and Recon. With these soldiers, you’re able to customize their appearance including gender, clothing and facial structure and you’re able to equip them with different weapons, gadgets and Combat Roles to suit your playstyle. To upgrade your soldiers, using them in-game will earn you Company Coin, Battlefield V’s grind currency, which can then be spent on cosmetic items, weapon unlocks, Specializations and even more.

Company Coin is at the heart of your Company – it’s the grind currency in Battlefield V that allows you to purchase items for your Company. Company Coin can only be obtained by playing Battlefield V and is rewarded for progressing your Career Rank, completing Daily Missions and some Special Assignments.

There are over 30 weapons, both primary and secondary, to earn and unlock in Battlefield V. These range from Assault Rifles to Machine Guns, pistols to bolt-action rifles. These can be customized cosmetically with weapon skins and paints, and customized with Specializations, unlocked through trees. These will change the attributes of the weapon and thus how it performs in live matches. And you unlock more, you’ll likely find ones that suit you and equipping them onto your Soldiers in Your Company means you’re able to join matches with loadouts ready to go.

There are over 20 different vehicles to unlock and upgrade as well: light tanks, heavy tanks, fighters, bombers… World War 2 had a lot of vehicles and Battlefield V offers you plenty to work towards and use. At launch, you’ll be able to unlock Specializations for these vehicles through trees, similarly to infantry weapons. After launch as part of the Tides of War, you’ll be able to apply cosmetic customizations to vehicles to give your Company more flair on the battlefield!

For more video tips, check out this clip giving you a rundown of what class you should play as in Battlefield V.

Fallout 76 First Patch on Consoles Is a Whopping 47GB