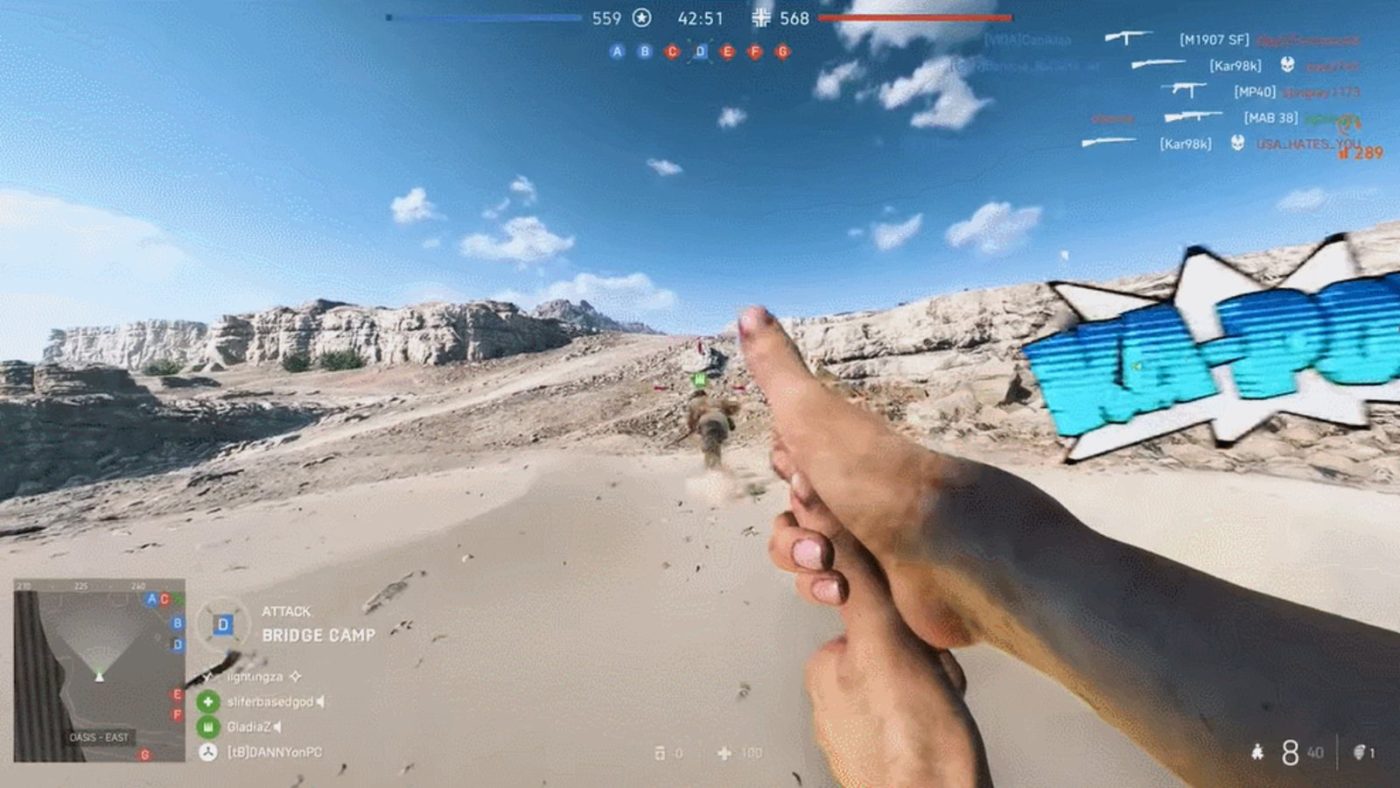 Veteran Battlefield 5 players might have seen or heard of this Easter egg/gag already, but if you haven’t, you might want to check out this Battlefield 5 finger gun gameplay video to see this cool Easter egg in action! As the name implies, it’s a gun made out of your fingers!

As you can see, there’s even a reload animation that looks kinda painful, I guess. The Battlefield 5 finger gun deals 10 damage per shot, and you’ll lose it if you die. You can, however, switch guns while using it which makes this the supreme insult weapon.

In other, more serious, Battlefield 5 news, go check out the map breakdown for Provence and Lofoten Islands right here. You should also check out some of the planned fixes coming in the next patch for the game, as well as DICE’s statement on more transparency with the community.