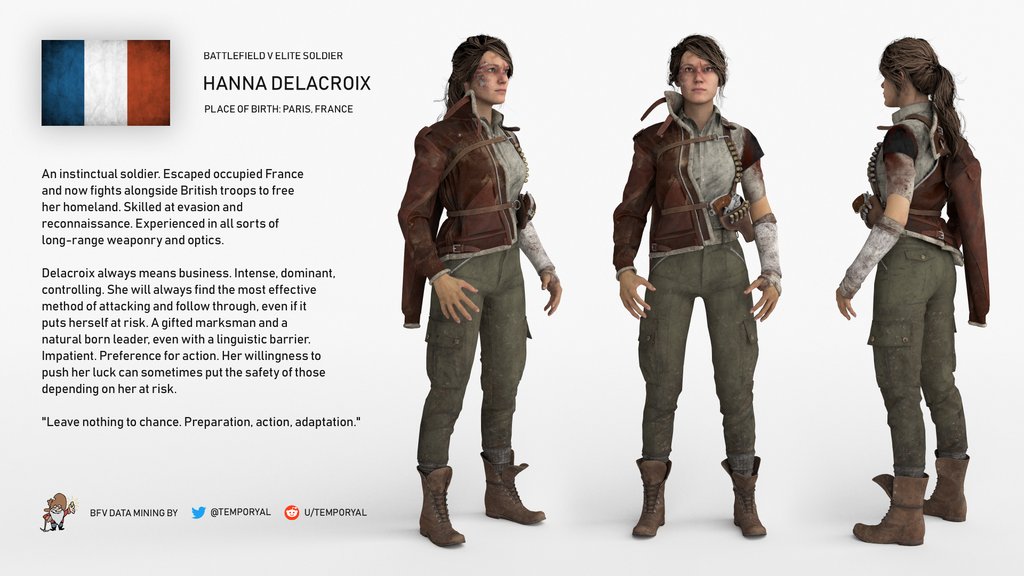 If it can be destroyed, Franke will find a way to do it. A ruthless combatant. His straight-forward manner commands respect from his squadmates, even if they have to maintain a safe distance. Bold. Unflinching. Seizes the initiative. Sets out to fulfill every mission requirement to the letter. Has a reputation of seeing explosives as the solution to every problem. Possible hearing damage.

Quote: “There is no tolerance for fear in a time of war.”

According to temporyal, more datamining is being done via the recent patch, so expect a lot more info to be available soon.