Just yesterday, we posted a list of new weapons set to come to Battlefield 5 which was unearthed by datamining the game’s files. Well, today, we have more! In this latest round of datamined game files, we get to see our first look at Battlefield 5 Elite skins!

Once again unearthed by Battlefield 5 dataminer temporyal, we see the two Battlefield 5 Elite soldiers, along with a few info regarding their history and whatnot.

As you probably already know Elite Soldiers will feature unique voice lines, new end of round animations and custom melee weapons, too.

Currently there is no model for “Hanna Delacroix” (this skin will probably come in ToW Chapter 4) present in the game files so I decided to go with a selection of “resistance” themed artworks. 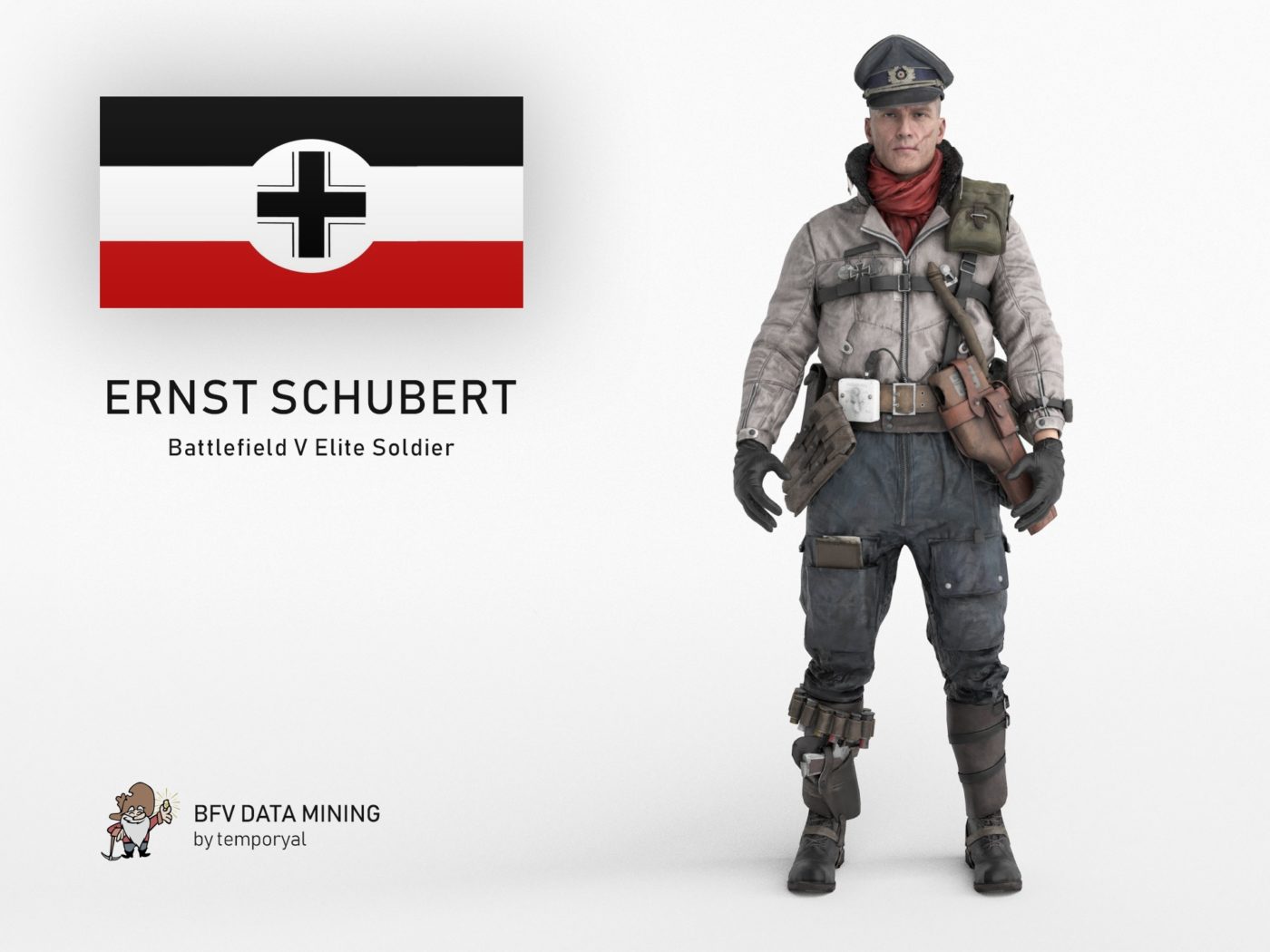 A skilled marksman trained in infiltration, evasion, and camouflage. Winner of multiple awards in target shooting and champion in the sport of Military Patrol before conscription.

Cold, calculated, and always in control. Schubert is a man of few words but his presence in the field becomes evident by the gaps left in the enemy team. A scout that will often remove a threat himself more quickly than he can relay its location. 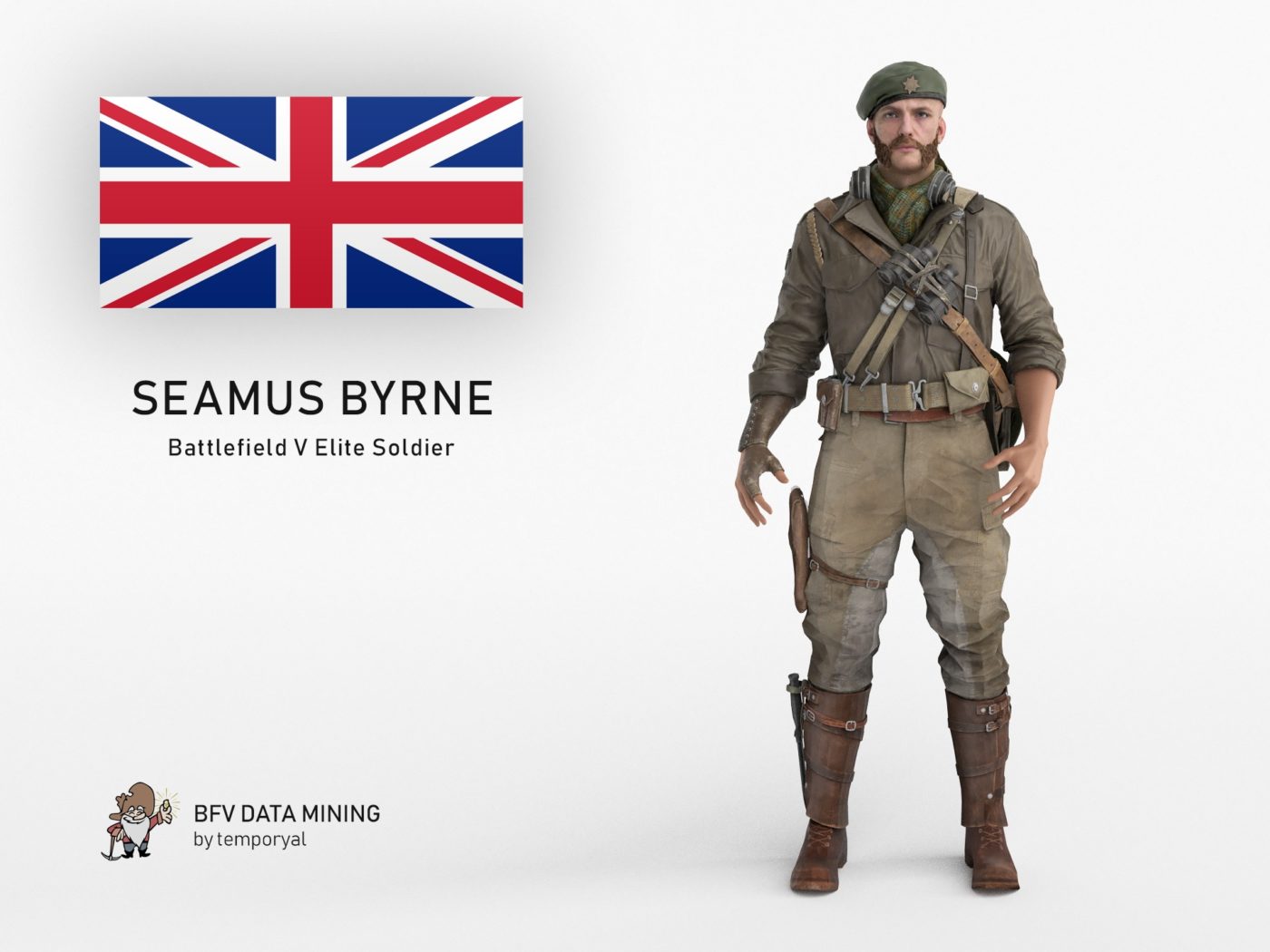 Aggressive assault specialist. Rumors suggest he volunteered or was conscripted to the King’s Guard – he’s not telling. Strong and anything but silent, Seamus lives to push a hard-fought frontline with a well-timed put-down. Extensive urban combat experience. Hits, runs and hits again.

Comfortable with explosives at danger-close proximity, even if his squad isn’t. Sometimes acts before thinking through all consequences, leaving both himself and his squad dangerously over-extended.

Quote: “Don’t ever stop fighting until the fighting is good and done.”

Old Quote (before latest patch): “Take pride in your work, even if your work is organised murder.” 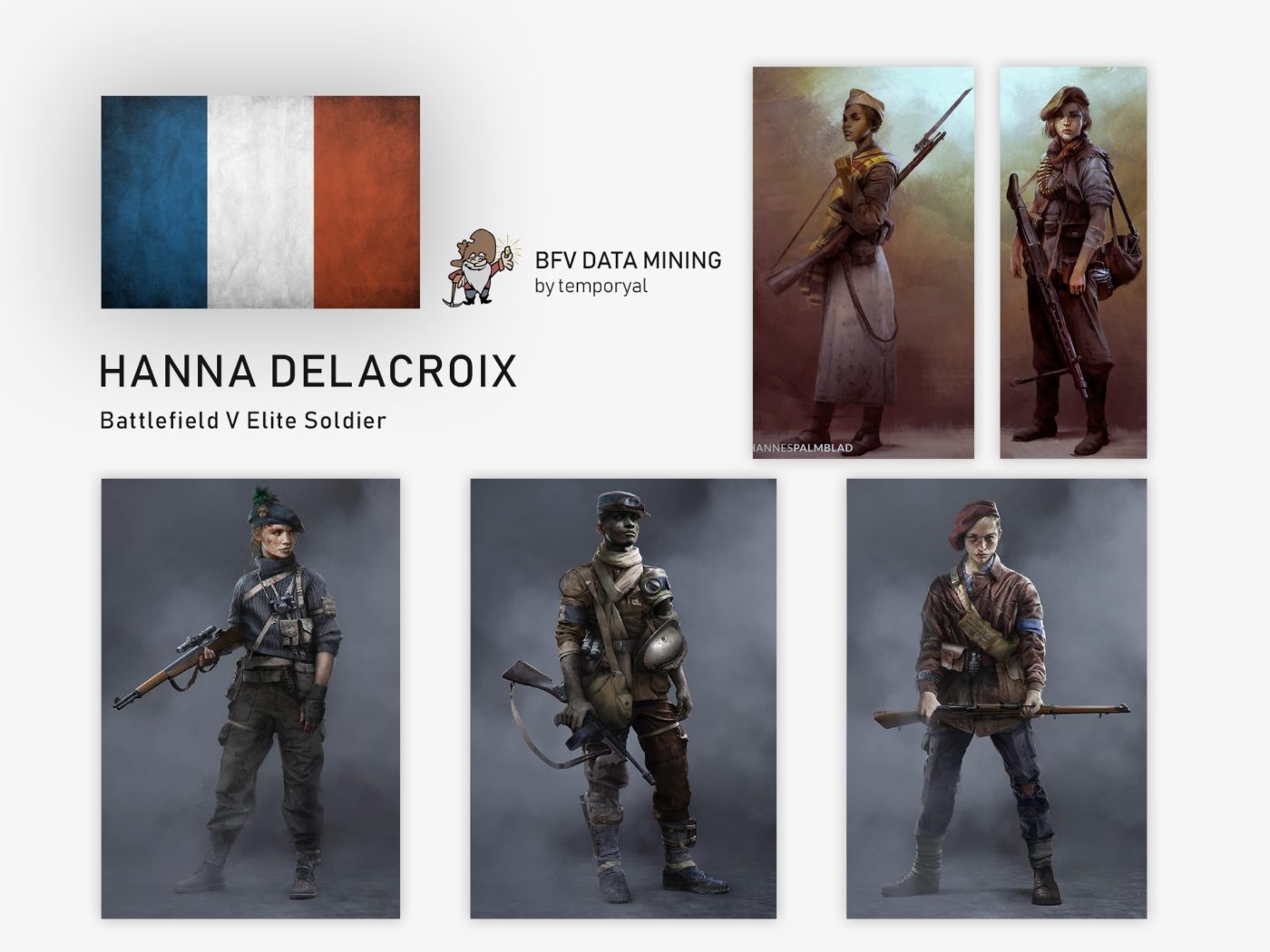 An instinctual soldier. Escaped occupied France and now fights alongside British troops to free her homeland. Skilled at evasion and reconnaissance. Experienced in all sorts of long-range weaponry and optics.

Delacroix always means business. Intense, dominant, controlling. She will always find the most effective method of attacking and follow through, even if it puts herself at risk. A gifted marksman and a natural born leader, even with a linguistic barrier. Impatient. Preference for action. Her willingness to push her luck can sometimes put the safety of those depending on her at risk.