Yesterday, DICE released a significant patch that not only fixed technical issues, it also had gameplay balances, and new content. However, the patch also brought in something DICE didn’t intend to make public, and that’s data leaks!

Once again courtesy of Battlefield 5 data miner temporyal, a  slew of new Battlefield 5 French soldier skin set has been unearthed via the game files! There’s no guarantee that these will make it out in the game, but take comfort that they are in the game files, which means that there’s a good chance DICE will release these at some point, or at least thought of releasing them at some point in time. 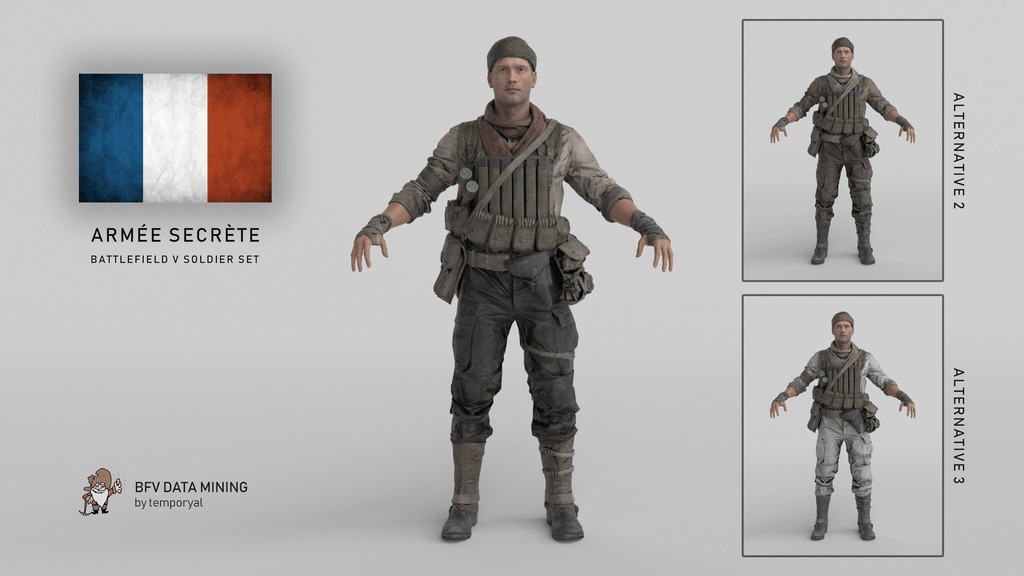 In other Battlefield 5 news, the Battlefield Currency is now live in the game too! You can read up on that right here.

Speaking of character skins, the community isn’t happy that even months after launch, pilots and tankers are still locked to female character skins only, and it doesn’t seem like it’ll change anytime soon.

How Online Poker Can Make You a Better Multiplayer Gamer