Surprise! Electronic Arts and Battlefield developer DICE have announced a second closed alpha testing session for Battlefield 5, which is due to be out in October later this year.

Starting on August 14th and ending on an undisclosed date, the second Battlefield 5 alpha will contain no changes to maps, modes, weapons, or vehicles. So wait, what’s being monitored and tested? According to the blog post by live producer Alexander Hassoon, DICE are looking to mainly test soldier progression speed to find the sweet spot. While that may be the focus, it’s not the only thing they are evaluating during the alpha test. 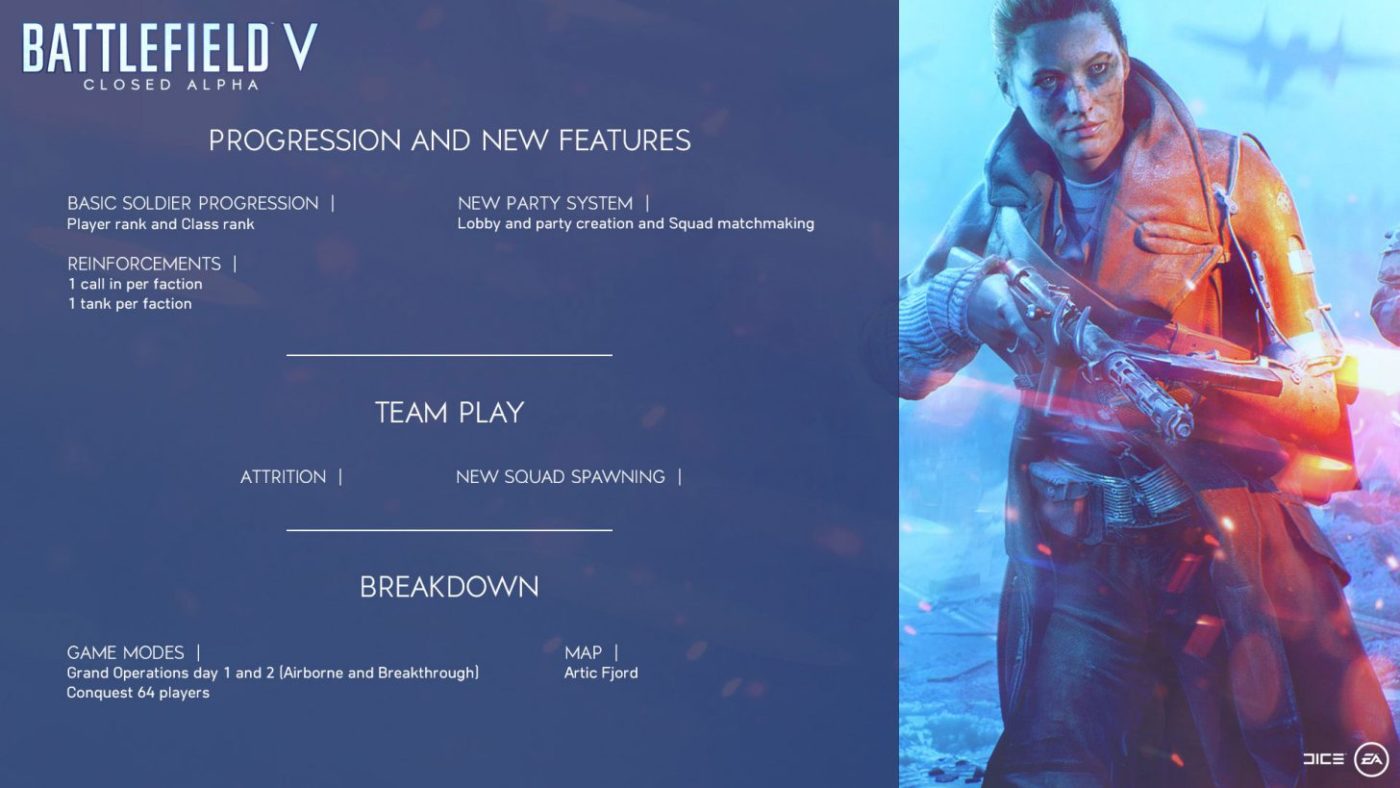 Gameplay aspects such as map, weapon, and vehicle balance are still being tested so that we can make sure matches are fun, fair, and reward skilled players. We are also assessing our new systems, like attrition and soldier movement, to find that gameplay sweet spot. On the technical side, we’re assessing Battlefield V in a live environment. Think, server stability, backend connectivity, and matchmaking.

Many Battlefield fans on social media are confused as to why DICE would run another alpha test, and to put it simply; it’s to make sure everything on launch goes well. Battlefield fans should know by firsthand experience that when Battlefield 3 and 4 launched, getting into a multiplayer match took longer than needed because the server load was higher than expected. By stress testing their backend, DICE wants to make sure they don’t have any repeat rocky game launches. 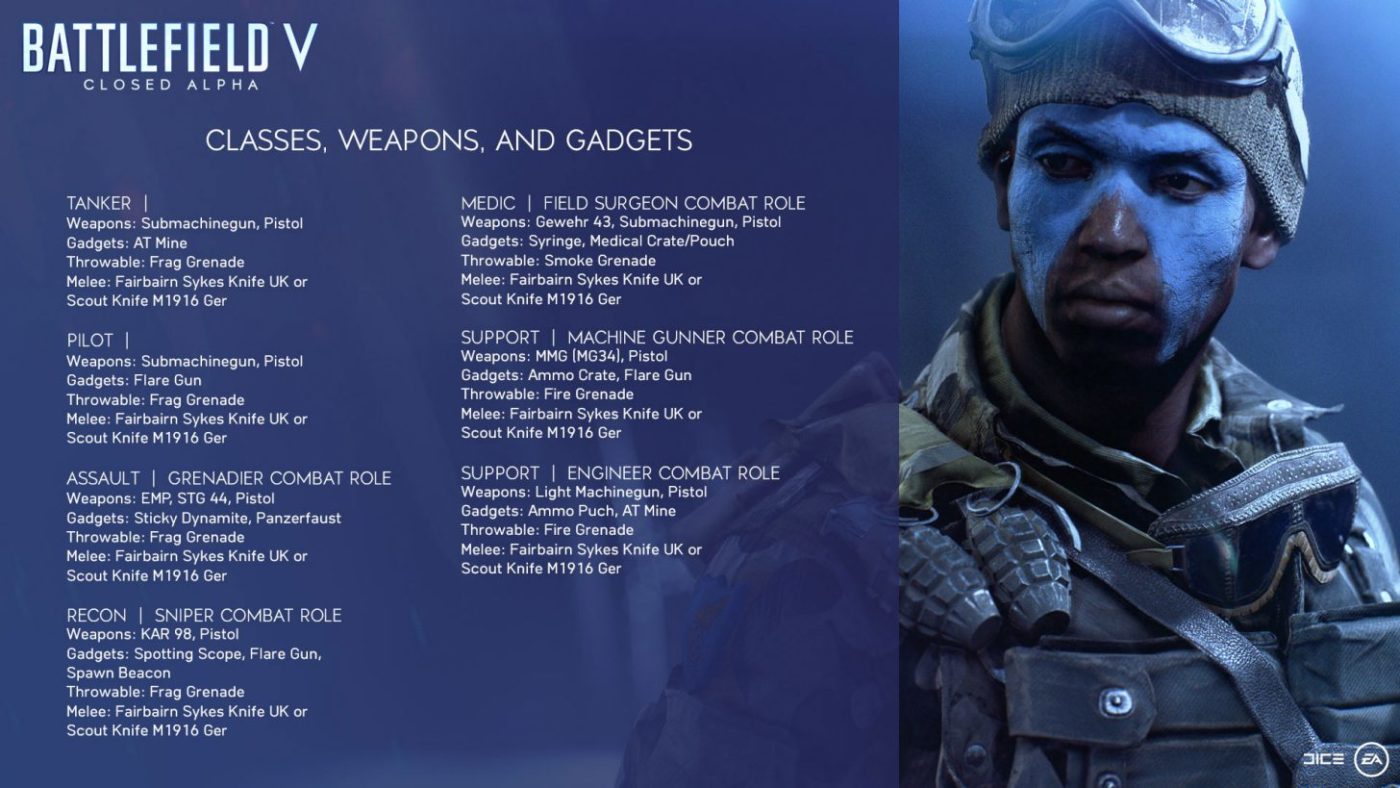 For more details on the start of the second alpha, the regions it’s available, the platform it’s on, and a lovely pro tip on how to score an invite if you weren’t in the last one, read below.

You want to make sure to keep your chances high to get a code by going into your EA account and making sure your email preferences are set up correctly. To do this, follow this guide. 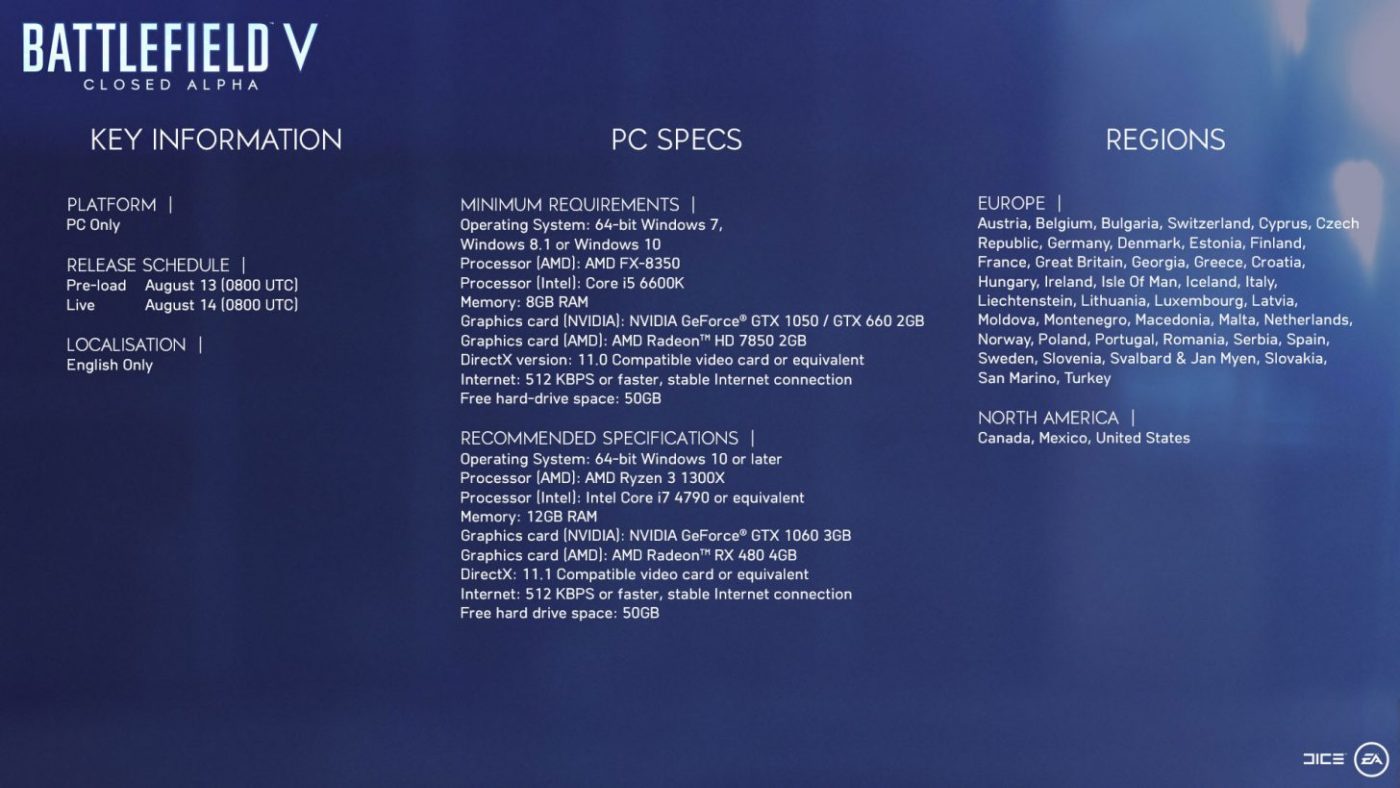 Are you excited? Let us know in the comments!

First NBA 2K19 Trailer Wants You to “Take the Crown”