In Battlefield V, DICE has ratcheted up the visual customization to the point that gamers can change each specific part of the body, and that includes the head. While there’s a lot of headgear available for Battlefield V, we now have our first headgear with hair!

Rolled out as part of the free Overture content that came out yesterday, here’s what the headgear with hair looks like, which is called “Retribution” and costs 4,100 company coin (via Reddit user Husar). 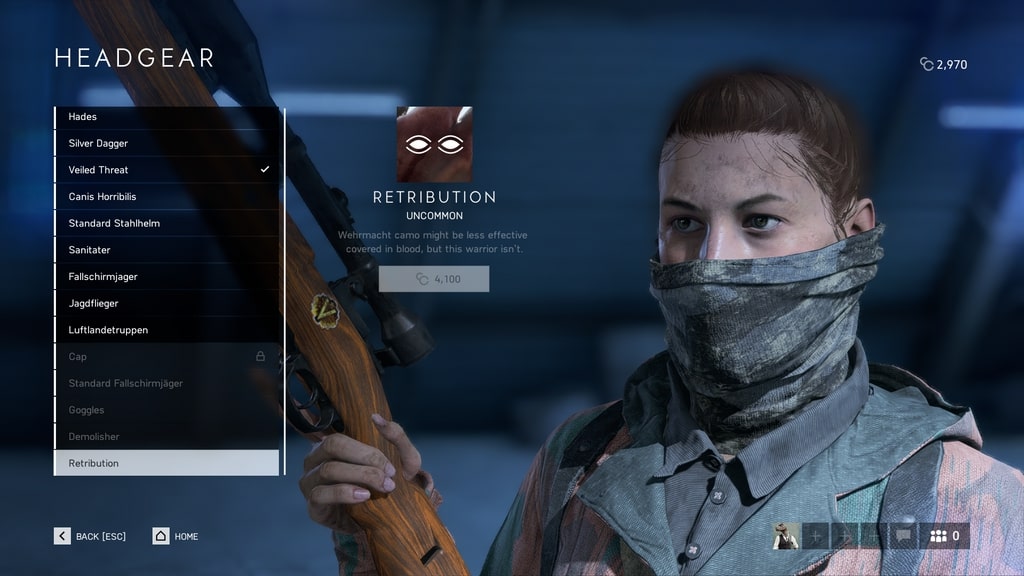 If you have lots of extra company coin, now’s your chance to spend it on something different.

In other Battlefield V news, EA has discounted the game by 50 percent for those who own Battlefield 1 and BF4! With the discount being offered now, just two weeks after launch, those in the community who paid full price for it aren’t happy.

Have you seen other standout visual customization choices in Battlefield V If so, share ’em in the comments below.

New Far Cry Game to Be Announced at The Game Awards