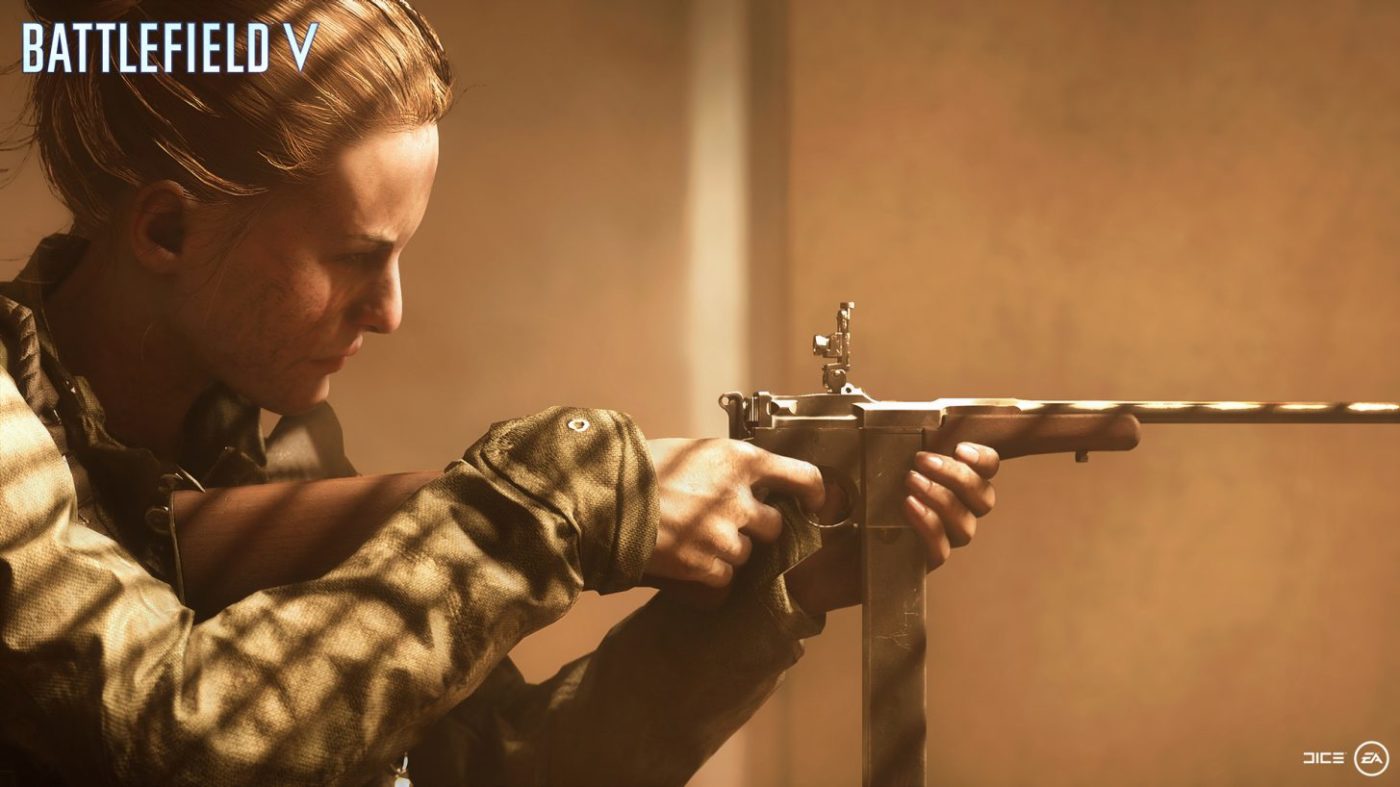 Earlier today, DICE deployed the big Battlefield 5 7.0 patch (or otherwise known as the Summer patch), which brought in new weapons, gadgets and more. Unfortunately, it also brought in a few bugs in the form of Battlefield 5 missing cosmetics, weekly missions and more.

DICE is awakre of these Battlefield update 7.0 issues, and has listed them.

Today was due to be the first in a new sequence of Weekly Missions that would run interrupted throughout the next phase of Battlefield V. Each Mission Node is now designed to award Soldier XP and Company Coin, and for this first week, we originally planned a final reward of 100 BFC.

Due to a clash with some of the other errors that we discovered today, it caused for the Weekly Mission menu to not show for all players, so some of you wouldn’t have understood what challenges you were participating in.

The issues surrounding this are ultimately resolved, however we wont see them take effect until the next Weekly Mission starts. That means that this weeks Weekly Mission is not presently active.

To account for that, we will grant 2000 Company Coin and 100 BFC to all players who login before the next Weekly Mission Starts. It will go directly into your totals, and that’s live in game right now.

Known Issue – If you attempt to access the Weekly Missions tab on the Main Menu, it will show a black screen. Press Escape, or Back on your controller to exit this. It won’t load this week, but we’re confident the issue is solved going forwards.

There are a handful of items that were inadvertently removed from the game today. Some Hair Options for the German Faction, along with Mistletoe are currently absent for players who already owned them. This is completely unintended and we’ll be working to get these back to you as soon as we can.

To do so will require a Client Side update, and it won’t be a thing we can do on the backend. I’ll keep you updated on when to expect this.

Known Issue – A selection of German Headgear options have been unintentionally removed. We’re on it, and will keep you updated on when we can expect to fix this.

We ran into a number of issues that stopped us getting all of the new Weapons and Gadgets out to you at the start of the day. Our first attempt to resolve this saw some players receive all but the Welrod and the Type 99 Mine, meanwhile for some players, these were the only two items that they received.

If you’ve been playing today, and this was your experience, it’s all fixed now and the next time you login, head to the Armory and go into the Shipments tab. They will be there waiting for you.

Key Info – If you haven’t already, pick up your new Weapons and Gadgets from the Shipments tab in The Armory. This is a Login reward for the next few weeks, so if you can’t login, you will be able to unlock these items with Company Coin after it expires.

As part of this update we’ve changed up the game modes that we display in Multiplayer. Outpost, along with a mixed mode of Rush, Frontlines, and Domination have been added in as fixed rotations, and you’ll see these in both the server browser and Multiplayer Quickmatch options today.

There are two issues with the new setup that we’ve published today to make you aware of however, and then a further change that hadn’t been previously communicated to you all.

First, for those who logged in earlier today, you may have noticed that we had initially separated Conquest into two variants: Tactical Conquest, and Strategic Conquest. This is an intended change, however we found a pair of minor, display issues that encouraged us to temporarily revert back to the single Conquest Playlist. The issue was that the advertised name didn’t match the names of the servers in the server list, and we had bad translation and what we call ‘string text’ displayed in certain languages. For now we’ve gone back to the old Conquest setup, and next week we’ll switch to the seperated Conquest playlists.

Last update on this topic relating to Game Modes. Next week we’ll be removing the quickmatch option for Squad Conquest. The mode will remain accessible via Community Games regardless of this change. This mode has dropped below Firestorm in terms of active players, and our preference is to replace this with the Rush, Frontlines, and Domination mix listed above. Given that this is the smallest player count mode in the game, we’re keen to introduce more of you to communities such as /r/BFVCommunityGames/ and the official Battlefield Discord to post your servers, and invite members of the community to play with you. Squad Conquest will otherwise be active for the next week, and as noted here, remains active in Community Games beyond that change.

Key Info – We’re splitting the Conquest playlist into two distinct playlists next week to cater to the different playstyle preferences in Battlefield V. There’s a Rush, Frontlines & Domination playlist presently masquerading under the name ‘Roll with the Punches’ that we’ll correct next week. Squad Conquest will be removed from the quickmatch options next week, but will remain active in Community Games.

With this update, we’ve removed all Challenge Assignments from the game.

First I’ll acknowledge that this wasn’t documented in our Update notes to you yesterday, apologies for that. It wasn’t our intent to hide this from you, and I appreciate that it created some initial confusion for folks logging on today.

If you weren’t aware of how these worked, Challenge Assignments were non progression based assignments that randomly generated onto your account as you played, allowing you to earn small amounts of Company Coin. Unlike progression based assignments (for your classes and weapons) these could be discarded, and often cluttered up your menus with long lists of challenges that required a lot of management to clear out. They also placed additional strains on our backend services which have in the past disrupted gameplay and affected performance.

Key Info – Challenge Assignments have been removed from the game. Company Coin awards have been added into completion of the individual challenges during Weekly Missions instead.

I swear, this time we were genuinely going to show you these in the promotional materials before Temporyal!

There are a tonne of cool cosmetics still to release in Battlefield V, including a new range of Authentic Customization options for your soldiers. I’ll share the specifics on these when I can. Our first priority right now is on making sure all is good with the update, but I’ll be back to chat about these later down the line.

DICE notes that while today’s patch is the final content update, the studio has “more to do” so expect patches and hotfixes to be deployed when needed.