Earlier today, we posted the Wake Island trailer for the map’s release in Battlefield 5 which takes place next week. If you’re curious what game modes will be available on the map when it launches, where the capture points are and more, we’re here to help! Below you’ll see the Battlefield 5 Wake Island map breakdown.

Wake Island at a Glance 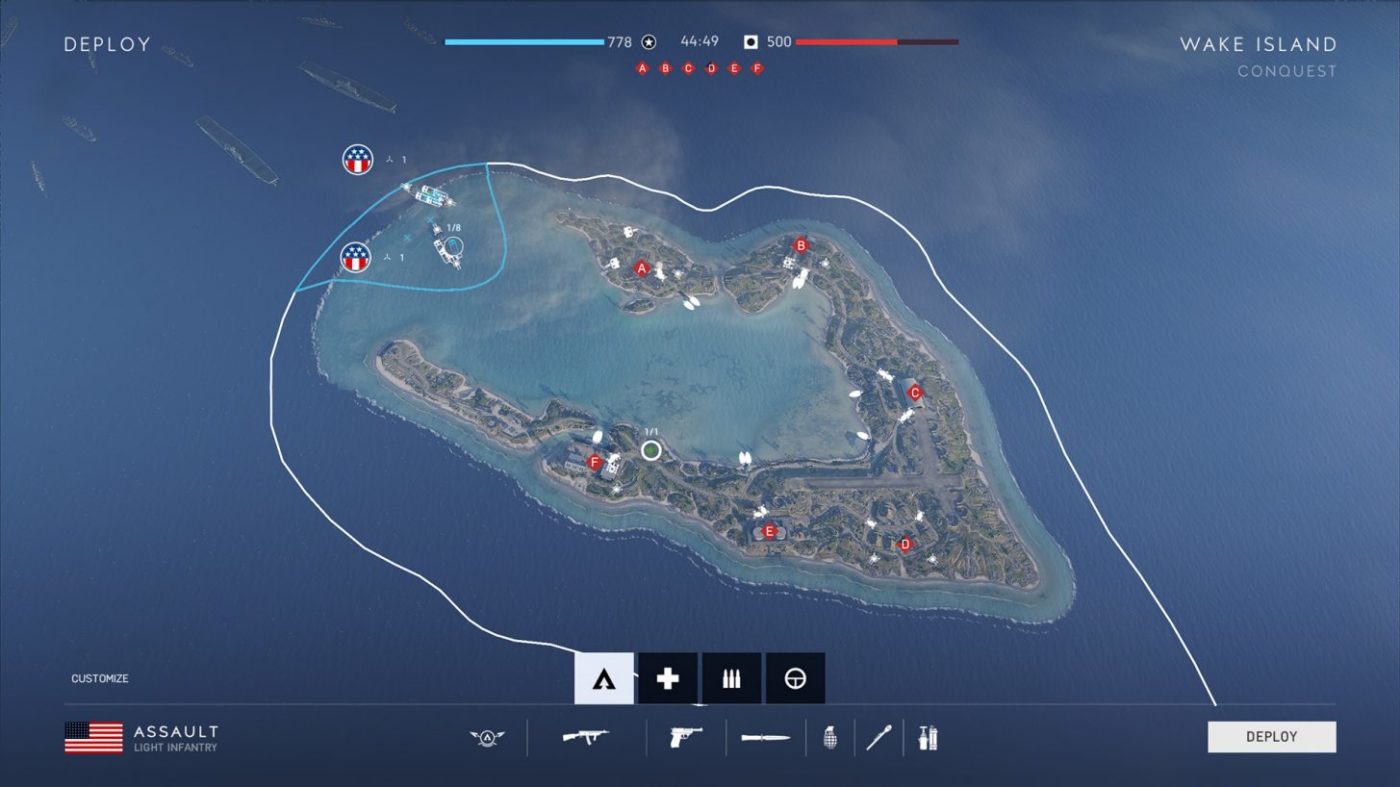 Along with the Barracks, this partially constructed establishment will be part of the first sector in Breakthrough. Players landing at Peal Island will find defined lanes to help make their way safely to the Hotel.

Defenders have two coastal guns and an AA gun to help them hold off the attackers. They also can find good sniping locations on the higher floors of the Hotel. They do need to keep in mind that most of the Hotel is destructible which includes the floors and walls.

From the Hotel, players will cross a bridge that will take them to the Barracks, which existed on the real-life island. This is where most of the residents of Wake Island would live.

The defenders have more breathing room on this flag with the Barracks providing cover from the attackers. They also get an AA gun to keep the enemy planes at bay. Snipers will find a conveniently located water tower at the back of the Barracks.

After taking the first sector, the attackers make their way to the Hangar. On the actual island, there was a proper terminal building here, which we have skipped in favor of a Hangar.

To get there, attackers first need to break through the trench built into the hill. On the hill, defenders will also find an AA gun. This hill is Wake Island’s highest landmass and defenders can use it to prevent enemies from accessing the Hangar. Once the trench falls, defenders will have to fall back to the Hangar and set up Fortifications, especially the tank traps, to prevent enemy tanks from entering. Defenders can make their way to the top of the Hangar to get a high ground advantage. Keep in mind that the roof is destructible.

The next sector once again features two flags, Ammo Depot and Oil Tanks. As the name suggests, this is where all the Ammo is stored and yes, they do go boom. Defenders will find two AA guns at this spot. Attackers can get to the top of radio tower and get a good overview of the defenders.

On the second flag of the third sector, you’ll fight in an area designed for the storage of airplane fuel. This is a tight, close-quarter combat flag, which can change the tide for this sector. Attackers can flank and capture this control point, effectively trapping the defenders at the Ammo Depot. Snipers can find a great location on top of the Oil Tanks.

The final flag in Breakthrough. There is a trench in front of the docks which can be used by defenders to halt the attackers’ progress. Snipers on the defenders’ team will also find a tower at the entrance of the docks. The attackers will have to break through the trench to make any progress into the sector. They also have access to boats to flank from either side.

Asid from Wake Island, Community Games are also being released next week for Battlefield 5! You can read up about the initial list of features of that here.
Source: EA
Tags: Battlefieldbattlefield vDICE
Previous Post