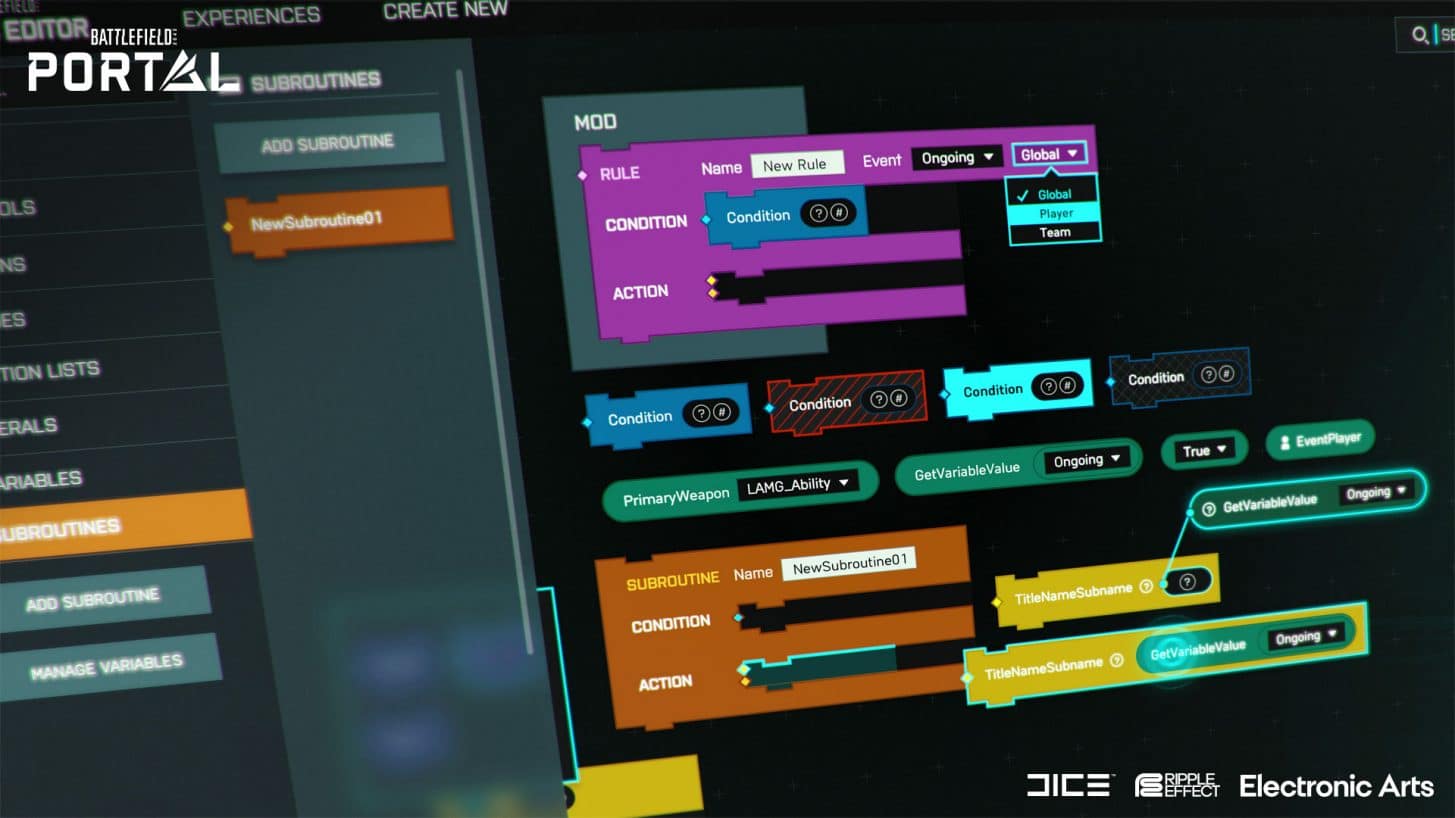 In case you didn’t know, EA unleashed a bombshell yesterday with the reveal of Battlefield 2042’s entirely new experience called “Battlefield Portal.” This new mode/experience will let players create their own playlists, fiddle around and create new game modes and so much more. Built into the Battlefield Portal is the “Builder,” which is an editor that players will use how to configure parameters in game modes and more.

While we’re already looking forward to what kind of crazy game modes and playlists fans will think up, it looks like you don’t even need to own Battlefield 2042 to create stuff in Battlefield Portal! In JackFrags’ latest video about the Portal, he confirms that the Builder is a web-based platform (which means the devs can update it freely without have to patch the game) that makes it accessible from anywhere, and that players don’t even need a copy of the game to build stuff! They will need an EA account, however.

The Battlefield Portal’s Builder will also house the “Logic Editor” where players can tweak specific conditions in matches with a flick of a switch. Here’s EA’s explanation of it:

While the Settings will allow you to change many specific conditions with the flick of a switch, the Logic Editor will let you define rules, victory conditions, consequences of specific in-game events (like setting a reward or punishment for a player scoring a kill), and even more to create custom game modes that aren’t possible to create with the Settings alone.

You’ll also have the ability to share your Experiences with the community through an Experience Link (a URL), giving fellow players the power to share that Experience or even remix it with their own additions.

If you haven’t seen what the Battlefield Portal can do in action, check out this short but sweet gameplay video.

You can watch the video below to hear JackFrags confirm it (around the 2:53 mark):