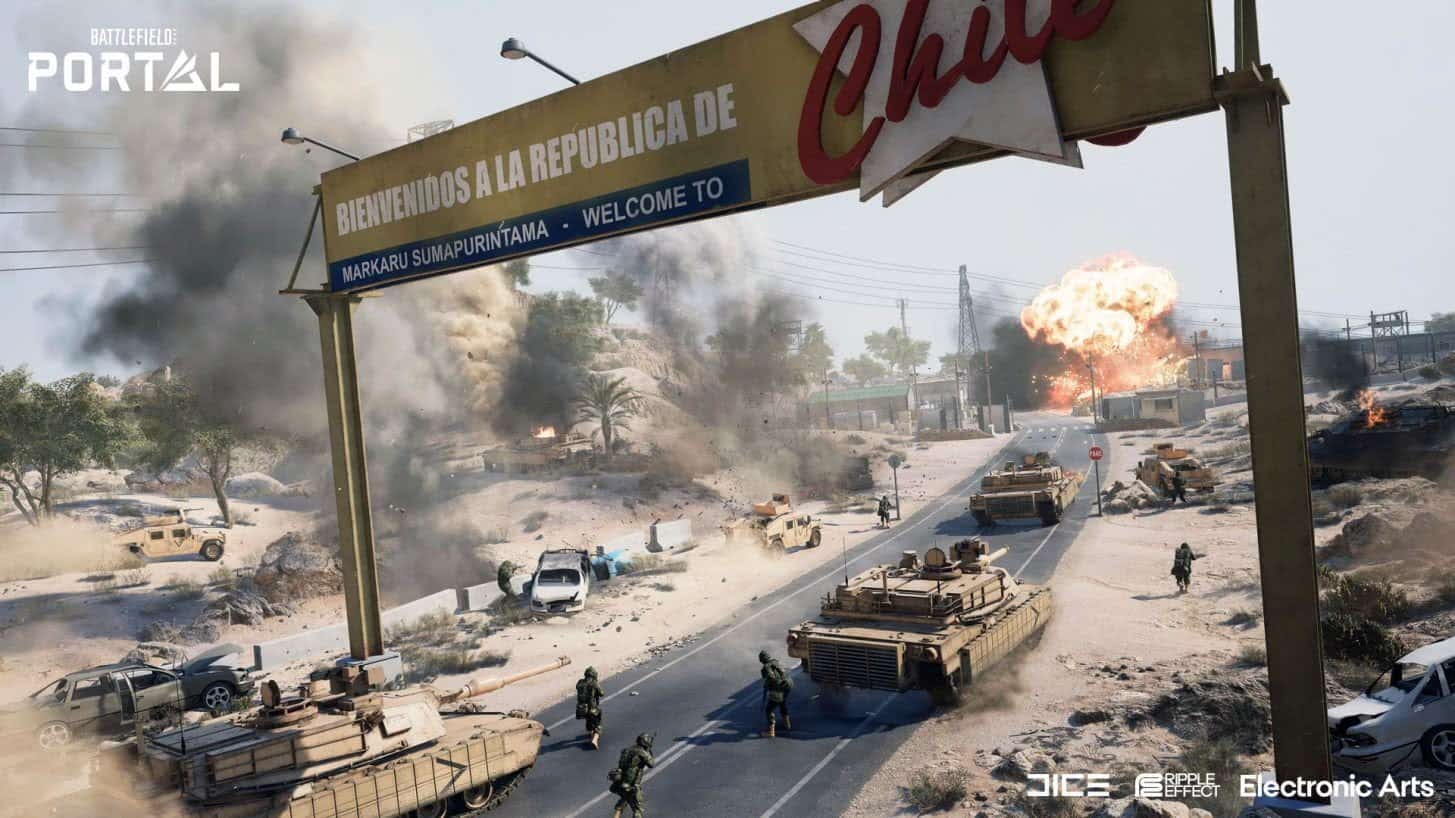 The gameplay features 24 players duking it out on one of Bad Company 2’s most iconic maps, Arica Harbor! In addition to that, we also see gameplay featuring Battlefield 3’s Capsian Border too!

Here’s the offiical info about Battlefield Portal straight via EA:

Discover Battlefield Portal – an all-new, community-driven platform where players will be able to change the rules of war by creating, sharing and discovering unexpected battles from Battlefield’s iconic past, present, and future.

Battlefield 2042 is a first-person shooter that marks the return to the iconic all-out warfare of the franchise. Adapt and overcome in a near-future world transformed by disorder. Squad up and bring a cutting-edge arsenal

Don’t forget to check out the list of confirmed maps, weapons and more coming to Battlefield Portal when Battlefield 2042 launches right here.