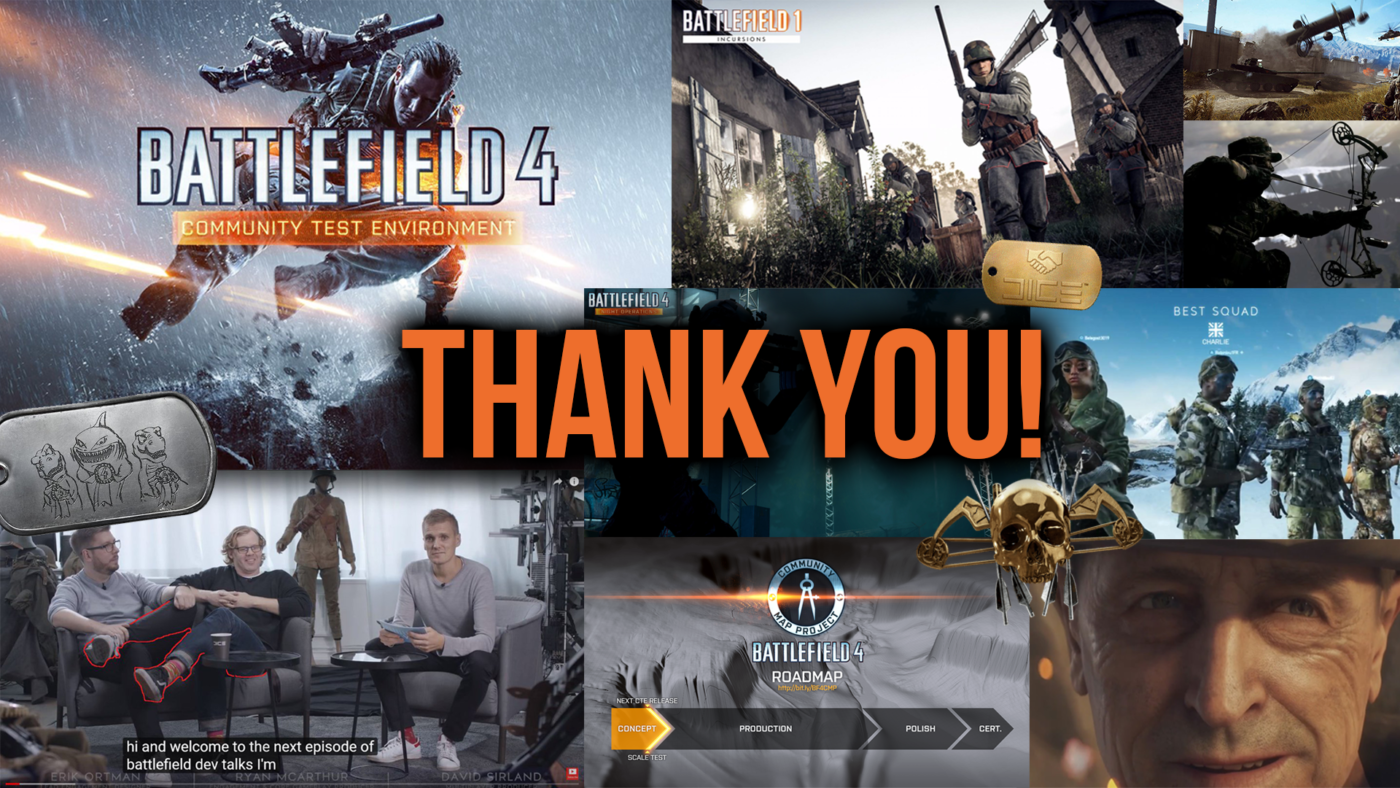 While it’s easy to see game studios as just entities that we can complain to about everything we find wrong with their games, we mustn’t forget that these studios emply people that are more often than not, are fans of that studio’s games. For fans of Battlefield in general, a familiar name will be leaving DICE, and that’s Battlefield V Multiplayer Producer, David Sirland.

Sirland, also known as tiggr_ over on Twitter, and on Reddit, has posted a rather good bye letter to the Battlefield community, where he also mentioned that he’s moving on to the studio after 11 years of service.

Read his entire message below.

This is a weird post for me to make, simultaneously bittersweet and exciting. Hard to know what to lean into really :).

I am writing this little bookend post inspired by Dan’s very nice exit as Battlefield community manager from last year. I think it was a great way to inform in a public and more personal way and let me reminisce at the same time.

Channeling Dan’s spirit, I’m just blurting out the bittersweet part… I am moving on from DICE and Battlefield. My last day in the studio will be on March 3rd this year.

I’ve been with DICE and on Battlefield for ~11 years, in two stints, with the most recent one by far being the most rewarding. I remember fondly all the fun and awesome ideas we got to put forward and in players hands, and co-experience with the players starting with the Battlefield 4 Premium and the first incarnation of the CTE.

Looking back, I am really proud of the teams I’ve been part of, from Los Angeles to Stockholm, through failure and success. They’ve always been passionate, active and ready to help me make better games and experiences, dealing with my sometimes hyperactive tendencies and high-velocity direction and subsequent demands :).

I’m also really proud of what we achieved in terms of stifling the worst offender issues around the famed “Netcode” (networking, input latency, simulation rates/tickrate & related core gameplay quality) starting with said game. Which since we started is something that has been constantly improving in each title we’ve put out – nerd-yay!

Even cooler, our efforts spawned & instigated a new industry standard of sorts which increased the quality across many games (spot the HUD-networking icons in your fave game!).Since I live by the creed: No-one deserves to play with bad netcode – I love the fact that this, previously overlooked, highly technical, almost neglected and very niche area now is something players care about and actually value when looking at new titles… Times do change indeed!

To my DICE colleagues both in LA and Stockholm: I salute you! You are some of the most talented girls and guys I’ve had the pleasure of working with, and I know your coming games and releases are going to be awesome!

To play my old-geezer-game-dev role to it’s fullest, I’ll dispel some advice as well:

Keep on doing what really excites you, push for change take those take risks when needed and really embrace that passion of your fellow devs. Always aim to constantly improve, and you can’t really fail.That’s just part of this trek to reach higher and deliver so much better things – just beperseverant about it!And finally – It’s cheesy, but “Players first” really does hit the mark.

Speaking of memories of the last decade or so  – let me know your favorite memory in the comments below!I think my personal fave has to be the Community Map Project (Battlefield 4, CTE timeframe). Such a fun and really cool project to dream up and deliver, and in a very unheard of way (at least back then).

So, I am moving on – but, I am not going anywhere. I will very much be utilizing the same channels, same transparent development and communication in my new gig as soon as possible. I can’t tell you any details yet, but rest assured you won’t miss when I can :).

And of course, I am still going to play Battlefield (and lots of other games), I will just be a very vocal player instead of a very vocal dev going forwards!

If you want to get in touch, feel free to follow me or contact me on the appropriate channel:

And of course, since imitation is the highest form of praise (high five Dan!): Remember to ALWAYS play the fucking objective!

Sirland will officially be out of DICE by March 3, 2020. So if you have any qualms or issues with Battlefield V, now might be the time to tweet him (nicely, of course). That said, someone will step up once he’s out, and let’s hope that person is as transparent as Sirland is.

As a big-time Battlefield fan, I appreciated Sirland’s candid response to the franchise’s massive player base, and how he understood where players are coming from. We don’t know where he’s headed next, but we wish Sirland nothing but the best.