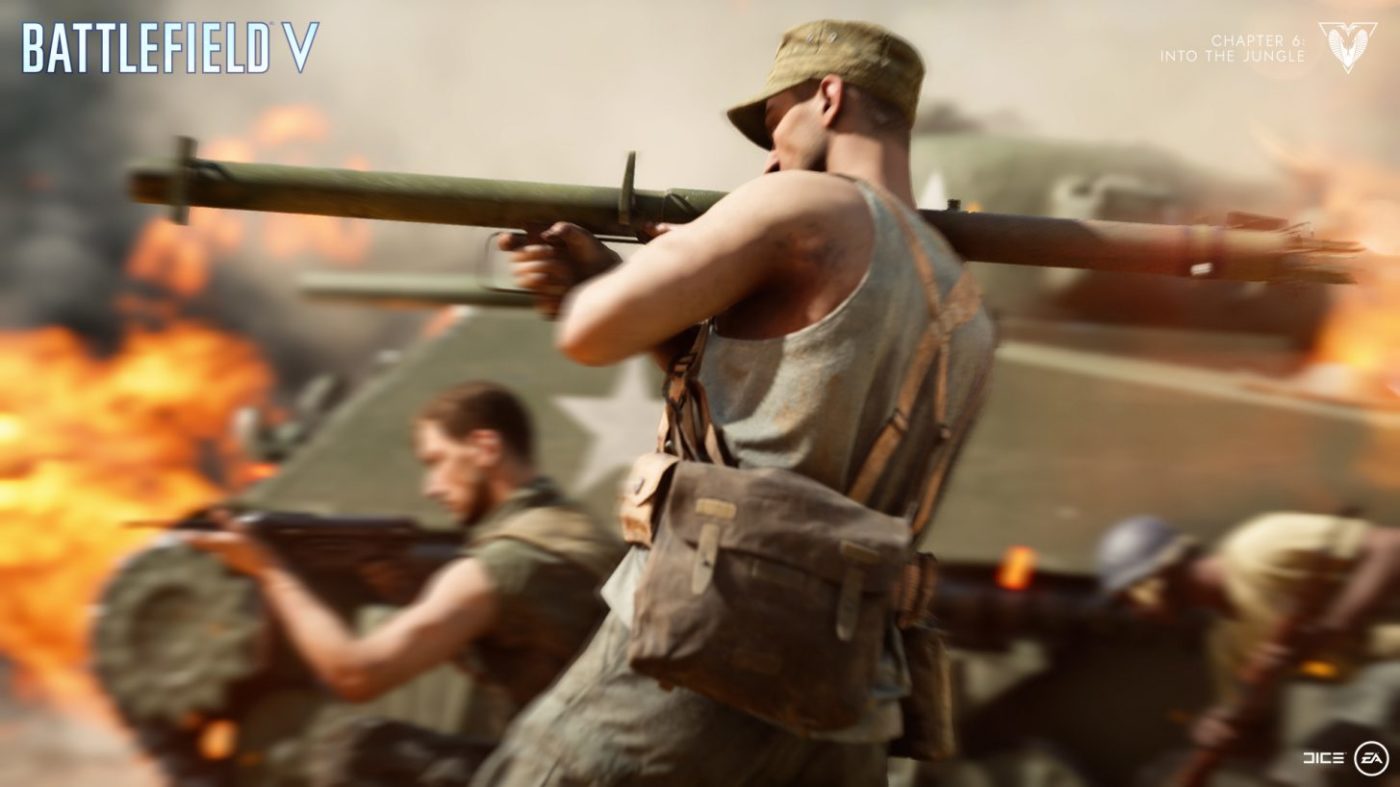 Earlier today, DICE gave us our first look at Battlefield V’s Chapter 6 “Into the Jungle” content via  a new trailer. If that’s not enough for you, DICE has opened the lid on the Battlefield V Chapter 6 details!

Danger and opportunity are everywhere. On Solomon Islands, you’ll fight through a jungle environment where you never know what’s lurking around the riverbend, by the dark mangroves, or in the hidden bunkers.

Whether you’re launching an American attack or defending the Japanese lines, the terrain can be your best friend – or your worst enemy.

Rivers and marshes block the path for infantry and tanks, but savvy soldiers can make the bottlenecks work for them. You’ll charge through narrow paths winding through dense jungle and fight over covered strongholds.

We’ve designed Solomon Islands for intimate jungle infantry combat combined with land and sea vehicle warfare. You’ll notice how a mode like Breakthrough shines when played on this map. Defenders can stay hidden and use the terrain to hold the line, but attackers will have several options: flanking, sending in infantry, or utilizing landing boats for a frontal assault.

Three new weapons and two new gadgets will be part of the rewards for Chapter 6! Same as before, you’ll earn them as Chapter Rewards.

Assault and Support classes – Lunge Mine Gadget (counter for tanks)

Three new Elites will be dropping too!

Focused and unrelenting, Misaki is a highly skilled assault specialist. Despite her young age, she’s experienced in jungle and tropical theaters of war. Misaki’s truly deadly in close quarters, where she wields a Commando Machete as her signature melee weapon. This Elite will be unlockable in a unique way. Instead of purchasing Misaki in the Armory, earn Chapter Rank to unlock her as a Chapter Reward. Reach Chapter Rank 40 before Chapter 6 ends and deploy as this fierce warrior. 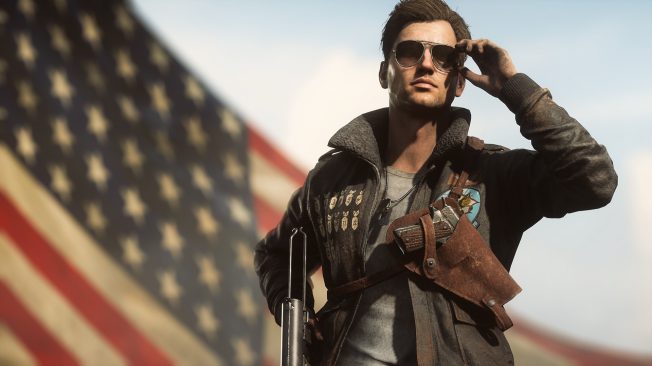 When Steve’s not chasing down enemy fighters in the air, you’ll likely find him quoting his favorite film stars. This fearless but light-hearted pilot embraces combat as if there was never any danger to his life. Steve has a habit of finding himself in underdog situations, where he often makes good use of his melee weapon, the Knuckle Duster. 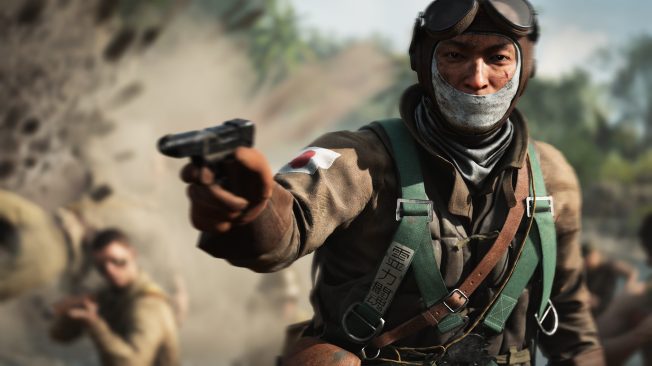 Young and excited. Though these are Akira’s main traits, he always wants to do the best job and follows orders to a T. He’s known for being in the right place at the right time when his wingmen need him. An accomplished Zero pilot, Akira has exceptional reflexes and ingenuity and has a repurposed Control Stick ripped from a destroyed airplane to function as a deadly melee weapon.

In case you didn’t know, Battlefield V Chapter 6 will start this February 6, 2020 on all platforms and will most likely be preceded by a patch. Once we know that, we’ll be sure to let you know.