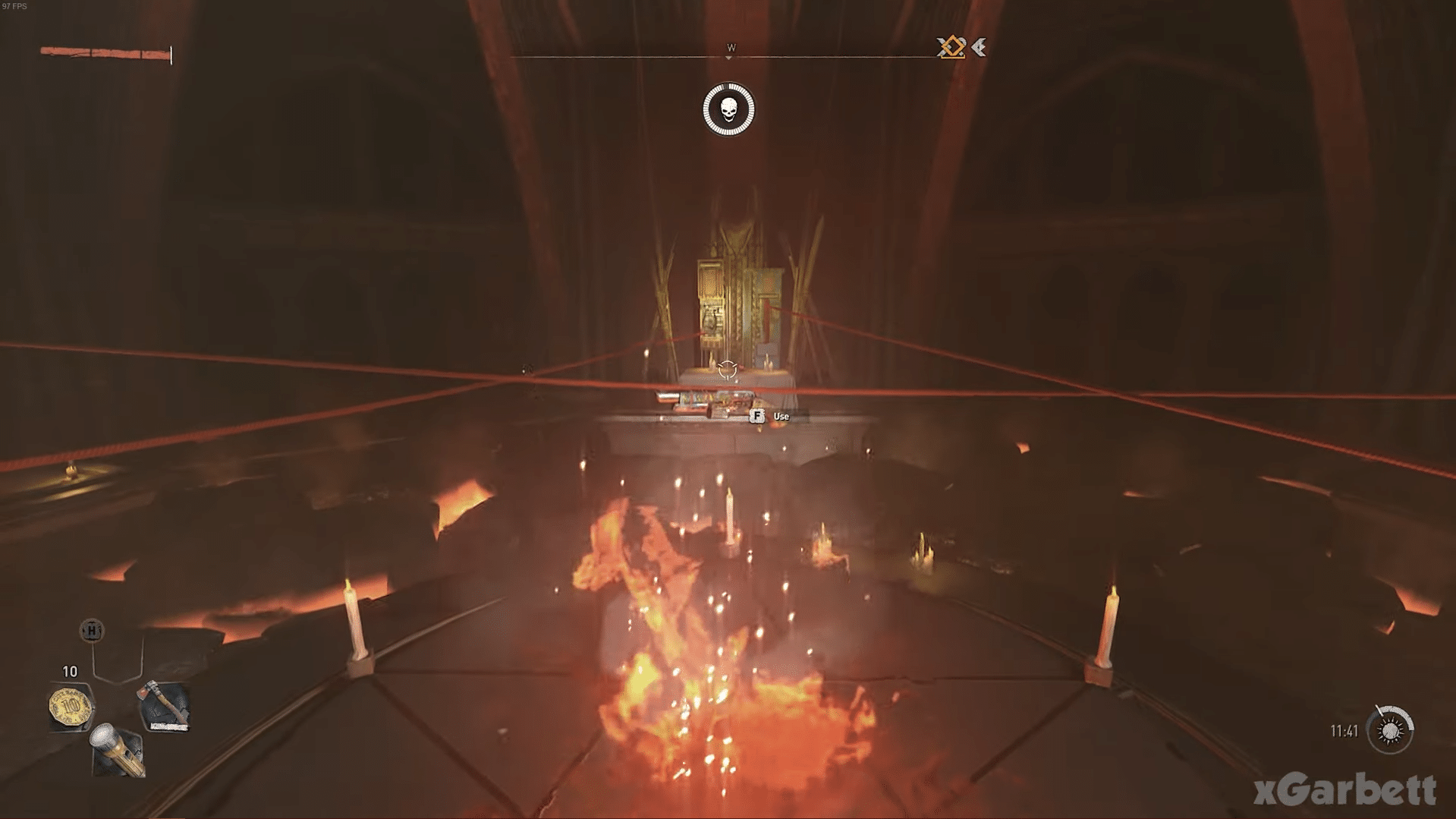 Dying Light 2 released to much fanfare last week, and already there are a ton of Easter eggs being discovered, including one for a secret Doom level! That’s right, if you’re playing Dying Light 2 right now, here’s your chance to experience a Doom-inspired level and challenge, with the appropriate musice and visuals to boot.

As shown in the Dying Light 2 video above, the secret Doom level can be accessed through an ominous room with an elevated pentagram in the middle. Right off the bat, it’s already oozing Doom, but what really cements is  that once you pick up the gun that starts the challenge for it, you’re immediately thrust into a room that’s very reminiscent of the original Doom, complete with a backing track that’s clearly inspired by E1M1, the original soundtrack for the game.

If that’s not enough to convince you that this is a Doom Easter egg, then the final straw would be the graphics. While not entirely pixelated, the first-person camera looks slightly mosaic, a callback to the original Doom’s textures.

With the game clearly built for longevity and tons of future updates, it will be exciting to see just what else will players see in Dying Light 2.

Check out our review for the game here, where AJ wrote, “While Dying Light 2 improves on its predecessor in nearly every way, occasional bugs hamper the experience and a few of the gameplay changes are ones I could have done without. Still, if you’re someone who’s been looking forward to the game, nothing that I experienced in my nearly 30 hours with the game was a complete deal breaker, and in fact I enjoyed my time quite a bit. If you’re someone that’s been on the fence, or perhaps mildly interested in Dying Light 2, I definitely think it’s an experience that’s worth your time, and one that stands out amongst the crowded zombie genre. If you were a fan of the original and have been eagerly anticipating Dying Light 2, it’s an easy day one purchase, and one that delivers on every promise that Techland set for it.”