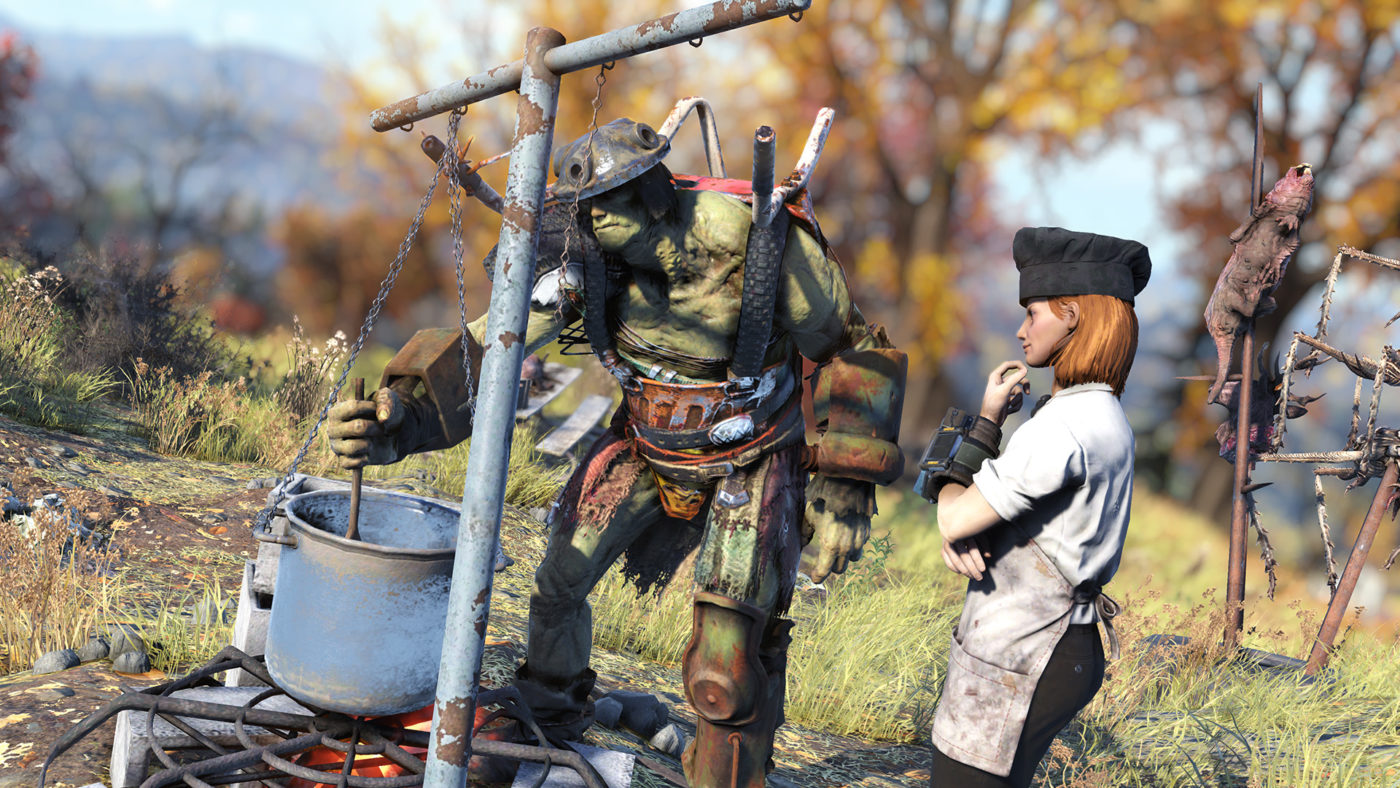 In their latest Inside the Vault blog post, Bethesda has revealed some details about Fallout 76 future changes, as well as new events coming to the game. So far Fallout 76 has seen few time limited events, but each one has been loved by players, who are always saying how hungry they are for more content.

Following the release of Patch 11 for Fallout 76, Bethesda has been looking through the feedback players are providing. Bethesda is working hard to produce fixes for most, if not all, of the bugs and issues players have found in the game to release as part of Fallout 76 future changes. However, they’re also very excited to talk about something coming to the game much sooner.

One of the biggest Fallout 76 future changes coming soon is Meat Week, a brand new in-game event that focuses on roasting meat. Luckily Humans aren’t on the menu, but they will be required to consume as much meat as is Humanly possible, and maybe even a little more than that.

The Super Mutant vendor, Grahm, wants to host the best possible party for Vault Dwellers around Appalachia. He needs players to head out and scour the land for as much meat as possible so he can fill his grill and provide the best barbecue ever as part of this carnivorous event.

The event itself is split into two Fallout 76 future changes: Grahm’s Meat Cook, and Primal Cuts.

Primal Cuts will be a new world event that will occur around Appalachia during Meat Week. Vault Dwellers will need to complete the event in order to collect meat and bring it to Grahm’s Meat Cook.

Once Meat Week is live, Primal Cuts will happen every 15 minutes around the map. Prime Meat will be available at each event, though the location will determine the level of Prime Beasts appearing in the event. This, Bethesda hopes, will allow players of all levels to enjoy the event without it feeling too easy, or too difficult.

Once players have some Prime Meat, they need to head to Grahm’s Meat Cook and drop it off for Legendary Scrip as a reward.

The event, Grahm’s Meat Cook, will begin every hour once Meat Week is live. Since Grahm will be using all of his energy and focus cooking, it’s down to players to complete his other activities such as cleaning up the leftovers, gathering some feed for Chally the Moo Moo, extinguishing any fires he accidentally causes with his insane cooking, and providing some music for him to cook to. Bethesda has also said that more activities will be involved in Grahm’s Meat Cook, but they want to keep some as a surprise.

Making the party a success will earn players some barbecue-related rewards, which seem to include some seriously charred chef gear. The event has no combat, so there’s no need for players to worry about needing to fight off tough enemies on their own.

With Quakecon 2019 approaching, Bethesda has reminded all Fallout 76 players that they’ll be discussing the game’s future during a panel there.

Be sure to check out our guide for grabbing the camera in Fallout 76 with the Tourist Trap Map. Otherwise stick with MP1ST for more on the game.