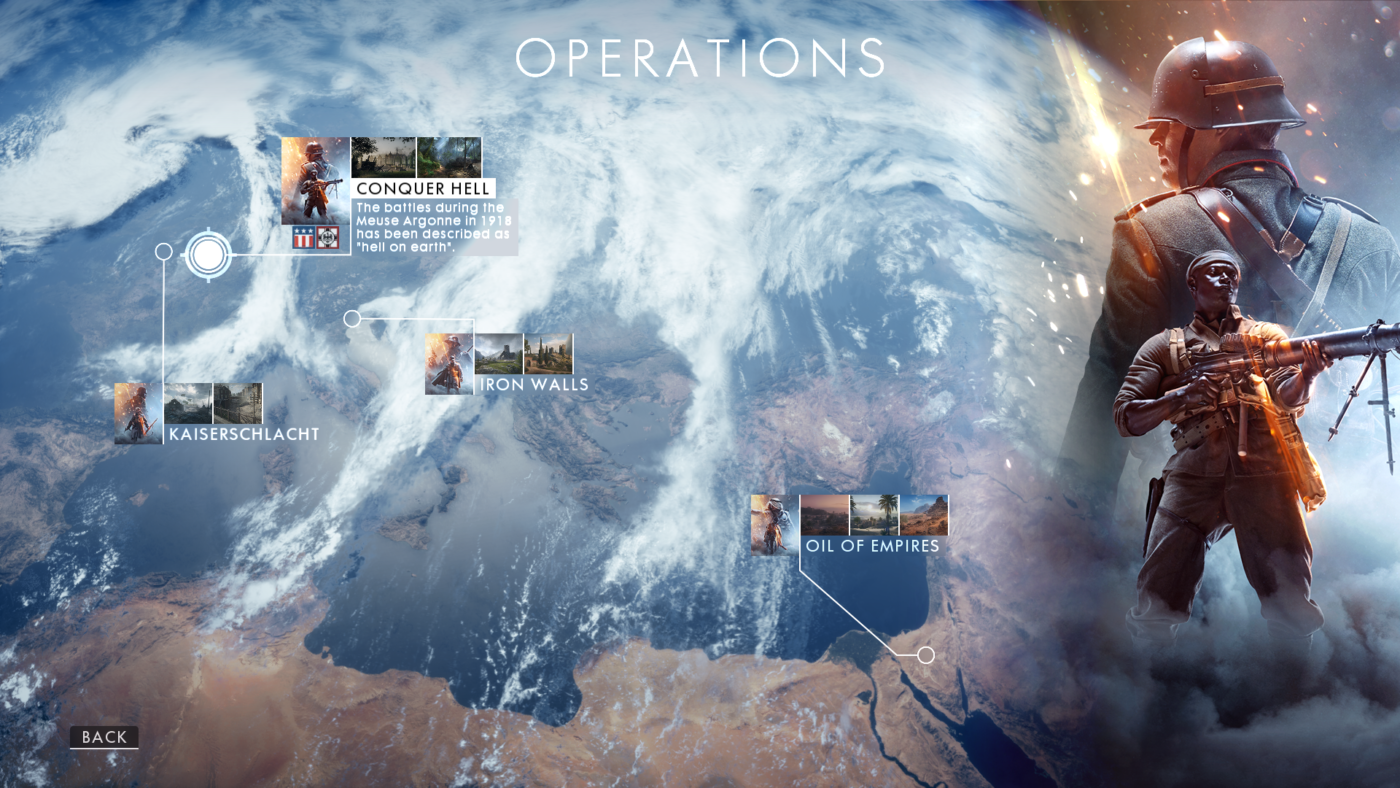 If you’re a fan of Battlefield 1’s Operations (like me!), do I have good news for you! DICE has announced that the BF1 new Operations Campaign mode will launch next month! This was revealed by DICE over on the official Battlefield website  (thanks, Danny!) where the developer also talked about future plans for the title.

Those not familiar with Operation Campaign, it’s essentially a bunch of Operations strung together and with unique rewards added to the mix. The first Operation Campaign will be called Eastern Storm, and will combine the two Operations from In the Name of the Tsar expansion: Brusilov Offense and Red Tide, and will be available this November for Battlefield 1 Premium Pass members or those who own In the Name of the Tsar expansion.

So what will you get for playing? Aside from the mountain of XP, there’s going to be a special Battlepack for each completed Operation Campaign, and an Operation Campaign Codex will also be handed out to players after their first successful Campaign.

In addition to that, DICE has also detailed some of the plans it has for the Battlefield franchise’s 15th year anniversary! Those who log in from October 12 to October 16 will be able to participate in Battlefield 1 Year Anniversary events that include new missions, giveaways and an Anniversary dog tag.

DICE also mentioned the third BF1 expansion, Turning Tides, and what players can expect in December when it launches.

Finally, the BF1 October update will roll out “very soon” and will include a host of fixes to the core gameplay as well as new dog tags and “new gameplay settings.”

Once we know more details about the BF1 Year Anniversary event, we’ll make sure to let people know.