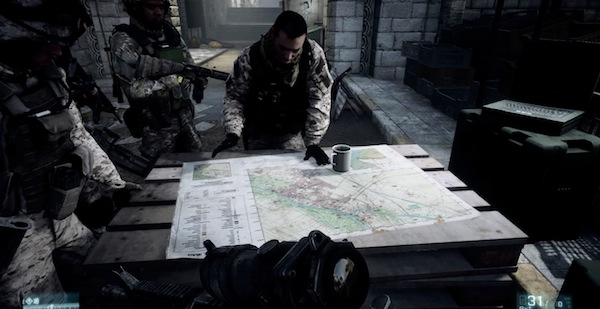 Alpha testers of Battlefield 3 were kept under a tight lid when it came to posting footage of the game in its incomplete state. Despite all testers being under a non-disclosure agreement, much footage was still eventually leaked.

The beta is obviously a different case. While it is still used as a way to test the game in an incomplete form, it also has a dual purpose of marketing the game and building the hype (speaking of betas, we’ve rounded up 7 Awesome Betas that you should sign up for). While it was pretty safe to assume that footage of the beta could be posted on the internet, it never hurts to make sure.

DCRUColin, a well respected Battlefield YouTuber, asked community manager Daniel Matros, aka zh1nto, “Any word on whether or not Beta footage will be postable on the Youtoobz?” on his Twitter account today. Zh1nt0 responded, “Yes! Go ahead.”

So, there you have it, for those wanted to know. The big boss has given the green light on posting Battlefield 3 beta footage on the internetz.

In other news, Alan Kertz, aka Demize99, recently clarified what exactly the new ‘flak jacket’ specialization does in Battlefield 3. “It reduces splash damage taken from explosives. Only splash damage though, never bullets or direct hits.” This is similar to the way the Flack Jacket perk worked in Call of Duty: Black Ops.

BF3 – Day/Night Cycles in MP? All Gametypes on All Maps and More Responsive Controls

BF3 – More Info on Recon Class and Last Stand/Man Down

MP1st is recruiting writers! Check out our Write For MP1st page for more details.