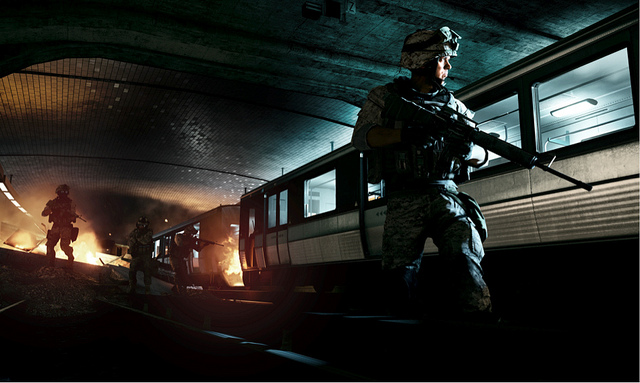 The Battlefield 3 Beta has been under attack recently with the many hackers that plague the Battlefield community. Among aimbots and server hacks, we’ve also reported on a 3D wall hack that has recently surfaced. However, the latest FAQ that can be found on the Battlelog has shown that DICE is indeed looking into these issues.

“Patch please, too many aimbotters today!”

“A patch wouldn’t remove aimbots or hacks. Punkbuster is disabled during the Open BETA but we are monitoring what hacks are being used.“

It was also reported to Ian Tornay on Twitter that some fans have been able to access servers that reward players with millions of points. To this, he responded, “First – don’t join the custom servers. We’re working to see what can be done.“

While it is at the expense of the numerous PC players playing the Beta, it seems to be a good thing that the game is being hacked now, without any protection. This way, DICE can learn as much as possible about what is out there and learn how to deal with it for the final version. Of course, the best situation would be that this was never the case, but with any ultra popular game comes those few (or many?) who are anxious to ruin the experience for others.

Still wondering if the Caspian Border multiplayer map will eventually become available to the public during the Beta? It seems like the answer is a definite no. Of course, it is the opinion of many that this map provides a true Battlefield experience with its many vehicles and wide open terrain. However, Tornay stated on Twitter that “We can either put work into that [making it public] or into the final product – which would you prefer?“

Domas Danko, Voice-Over Producer at DICE had some more interesting things to say regarding the sound design of Battlefield 3. Talking about some of the differences between Battlefield 3 and their earlier games, Danko mentioned, “BF3 is completely remixed in terms of sound, main bus and stuff compared to BFBC2. Settings will behave differently.” He went on to add that “We’ve tested like 800+ soundcards and have 100% compatibility and 5.1 configuration detection with Frostbite 2.“

Did you get a chance to play the Beta on Caspian border? Let us know your thoughts in the comment section below.

Make sure to check out some of the latest Battlefield 3 news including possible improvements to in-game squad management and the leaked weapon list for Back to Karkand.