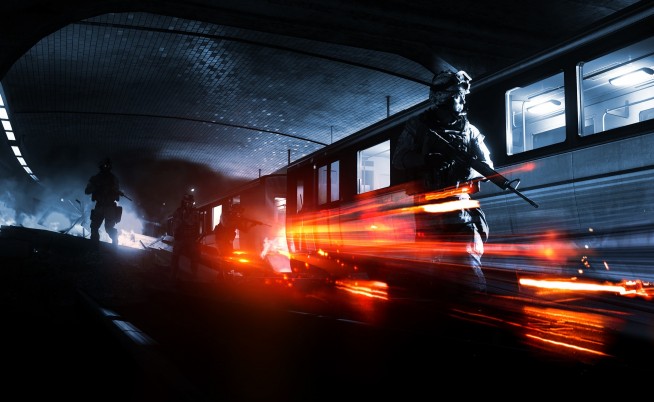 Developers over at Digital Illusions CE reveal the most played and most popular map in Battlefield 3, give some insight to weapon and vehicle balance and teases an interesting week for Battlefield 3 fans.

When asked which Battlefield 3 map has been most played so far, Senior Gameplay Designer, Alan Kertz, revealed, “Op Metro.” This doesn’t come as too much of a surprise given the controversy that surrounds this unique map. Unique, because it oddly doesn’t quite seem to fit what Battlefield 3 has become known for, given it’s extreme linearity and numerous choke points. For every player that despises it’s limited space of movement and the utter chaos that it can often encourage, other players will take any chance they can get to roam the underground halls, light machine gun in hand, racking up the kills.

Kertz was also recently asked about weapon balance and how the DICE team went about its construction. Kertz answered surprisingly, “with 1 gun. The game was built around the M16 as a base.” The M16 assault rifle seems to be quite popular among assault class aficionados given the all-round, work horse that it is. Kertz’s statement seems to explain this. “Vehicle balance generally starts with the speed and handling of the vehicle, and then builds in a rock paper scissors way,” he added.

Meanwhile, other members of DICE tease some upcoming surprises for Battlefield 3 fans. Daniel Matros, Global Community Manager, mentioned that there are some “good playtests going on in the Studio today,” while Senior Designer, Tim Kjell has “a ‘slight feeling’ next week will be a very, very… shall we say, rewarding, week?” Could he be referring to the recently announced Inside DICE feature? Or something completely different?

What do you think DICE has in store for Battlefield fans next week? Also, let us know what your favorite Battlefield 3 weapon is and whether you love or hate Operation Metro and why in the comments below!

Update: According to Kertz, map popularity is measured by “rounds completed per player. So 64 ppl would mean 64 points. Next is Caspian, Firestorm and Kharg.”