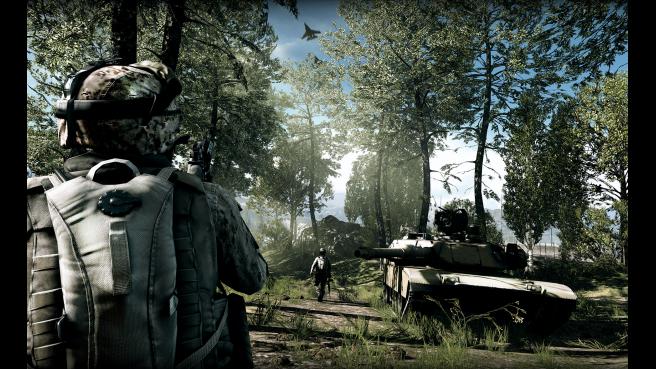 Five days are left until the Battlefield 3 Beta ends. By this time, both fans and devs are busy finding bugs and glitches in the game engine and ironing them out. We’ve previously mentioned some of the best places to report problems you find within the Beta. Make sure to check them out.

One of the biggest difficulties Battlefield fans have been dealing with in the Beta is the in-game squad system, or the lack thereof. We reported earlier on hints of changes being made to it. It has been a hot topic on the Battlelog forums and thankfully, it has gotten the attention of DICE.

Musica wrote it nicely on the Battlelog Forums, “Honestly a lot of people are already cancelling pre-orders etc. because of this issue. I know it is not you who is explaining what the squad system is but honestly it is worrying that it is taking over 4 days to come up with a response for which really is a simple question can we swap squads mid game and make new squads or join empty squads. I know you want to make sure what you announce to the public is 100% and no one can misinterpret it or twist it against you but this is really one of the top concerns of the player base.”

Bazajaytee, an official from DICE, responded, “In short answer form, yes you can browse and join squads through the squad screen and make private squads. The full form will be available later.”

This comes as good news to many Battlefield fans and thankfully, an official update on what types of changes we can expect to see in the final version should be on its way.

Danial Matros, Community Manager at DICE, was asked on Twitter if any updates will be posted on the Battlelog in the next couple of days. He responded, “Yes absolutely. Check out the blog in the coming days and the battlelog news section.”

Be sure to follow @MPFirst on Twitter where we can keep you up-to-date and check out some of the latest news:

Leaked Weapon List For Battlefield 3: Back to Karkand Expansion DLC

Naughty Dog: Uncharted 3 Multiplayer “To Take on the Big Boys”

MW3 – No Deep Penetration On SMGs – More on Explosives, Pointstreaks, and Anti-Cheat System