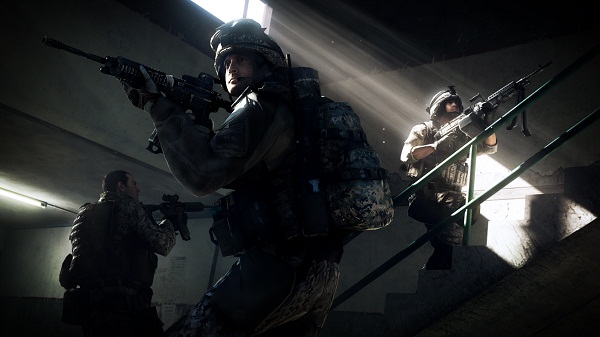 In the opinion of many gamers, many recent multiplatform games seem slightly, but noticeably under-developed on the ported platforms when produced with a lead platform in mind.

One example we could look at is Call of Duty: Black Ops, who’s lead platform was the Xbox 360. On release, the game ran smoothly on the 360 and it saw little problems. However, the PS3 and PC version were comparably rough at launch. It perhaps could have been because It was optimized for the 360 and didn’t achieve 100% compatibility with the others. This is why many games look and run best on the 360, when technically, they “should” run better on the PS3 or PC, who have the stronger hardware. This is often the case with many other games, however, with some exceptions (more on this below).

Recently on Twitter, Gustav Halling, Gameplay Designer at DICE, had this to say about id Software’s recently released Rage: “As always x360 looks just a tiny bit better that PS3 on multiplat.” He continued: “Look at the more detailed textures on the x360 and the weird ‘brightness’ layer on the PS3.” He concluded with: “I wasn’t saying Rage was looking bad. But many games don’t focus enough on PS3. On BF3 we have had PS3 as a focus from the start.”

We’ll leave it up to you guys to decide on which platform Rage looks best on, but these statements are interesting because it goes to show that DICE has really stepped up and developed each version of Battlefield 3 with the strength of each platform in mind. A situation like this can be rare since it requires a lot of extra work on the developer’s side. However, DICE has been at work on their brand new Frostbite 2 engine and Battlefield 3 for years now. So perhaps, it shouldn’t come as a surprise that from what we’ve all played of the game so far, that the 360 and PS3 versions should be on par with eachother.

In other news, after just having recently said “No maps are currently being added to the open beta!” Battlefield, The official BF3 Twitter account, quickly flipped a 180 and stated “DICE has decided to bring back Caspian for the beta’s last weekend to conduct open large scale test of 64-player capabilities.” Curious about the console version? DICE had this to say: “Caspian Border will be coming to all platforms at launch, but its to soon to say for console’s beta.” Too soon to say? Could this mean that it will eventually be said? It’s too easy to speculate, but DICE has done some pretty surprising things already by just making the map available after saying it won’t be. We can always hope.

How do you feel about the different versions of Battlefield 3? Do you think it’s being optimized for each system? Let us know in the comments section below and don’t forget to follow @MPFirst on Twitter!

Some recent news you may have missed:

And check out our 15 Battlefield 3 Tips to Improve Your Game.