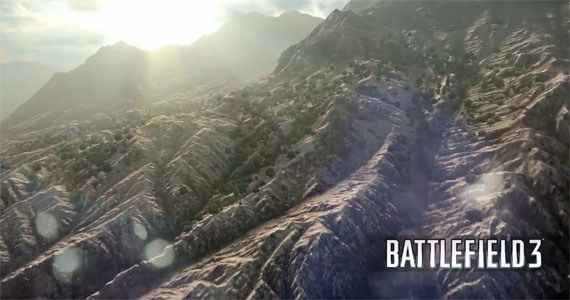 Before we begin today’s Battlefield 3 news round-up, I think it’s important to clarify a few things that many Battlefield fans have been wondering about.

Alan Kertz, senior gameplay designer at DICE, officially clarified what exactly is needed to gain access to the M1911 pistol and what the deal is with the Veteran Weapon.

In a response to this question on Twitter, Kertz answered, “The M1911 is available to both Gun Club [members] and Veterans, however there are additional Veteran bonuses.” What exactly these Veteran bonuses are have yet to be revealed. MP1st will make sure to keep you posted!

Also, we recently wrote an article detailing how Medal of Honor Limited Edition owners can gain early access to the Battlefield 3 beta, however, it seems like Kertz tweeted some details that are conflictin to the official beta website. When asked for details about when we would be receiving emails with early access codes, Kertz responded, “You don’t need a key, if your EA account is entitled to MOH LE then you get the beta access automatically early.” This makes sense, but it’s not what the official site states. Stay tuned to MP1st for more clarification on this matter!

Another big question on everyone’s mind is what exactly is DICE going to do after the final game is released in terms of support? Kertz assured us that DICE has “planned updates and additional content support, plus there is Always other projects…” What these other projects could be, we have no clue. Again, stay tuned to MP1st for clarification!

Kertz also talked about a few more gameplay changes that should be making it into the Beta at the end of September. Some fans concerned about the under-barrel grenade launcher attachment asked Kertz the reasoning behing it being a one-hit kill. He assured us that there is “much smaller splash, minimum arm timer, and only direct.”

Recoil has also been a hot topic when it comes to gameplay changes. I find this next tweet to be particularly interesting because it has to do with burst-firing a weapon, a technique many of us have gotten used to in Battlefield: Bad Company 2 and many other games. Kertz was asked if burst firing would be harder now that we have selectable fire rates for weapons. He responded, “Tap firing has a larger recoil than the same rounds fired in full auto actually.” He later continued, “If you tap fired as fast as full auto the spread would [be] the same. Control recoil and pace your rounds. It’s better.” It seems odd that burst fire and full auto will the same spread, but I’m sure we can trust DICE to make the right decisions.

Make sure to Follow @MPFirst for timely updates on Battlefield 3!

Interested in joining the PTFO movement? Read here to see what it’s all about and spread the word!