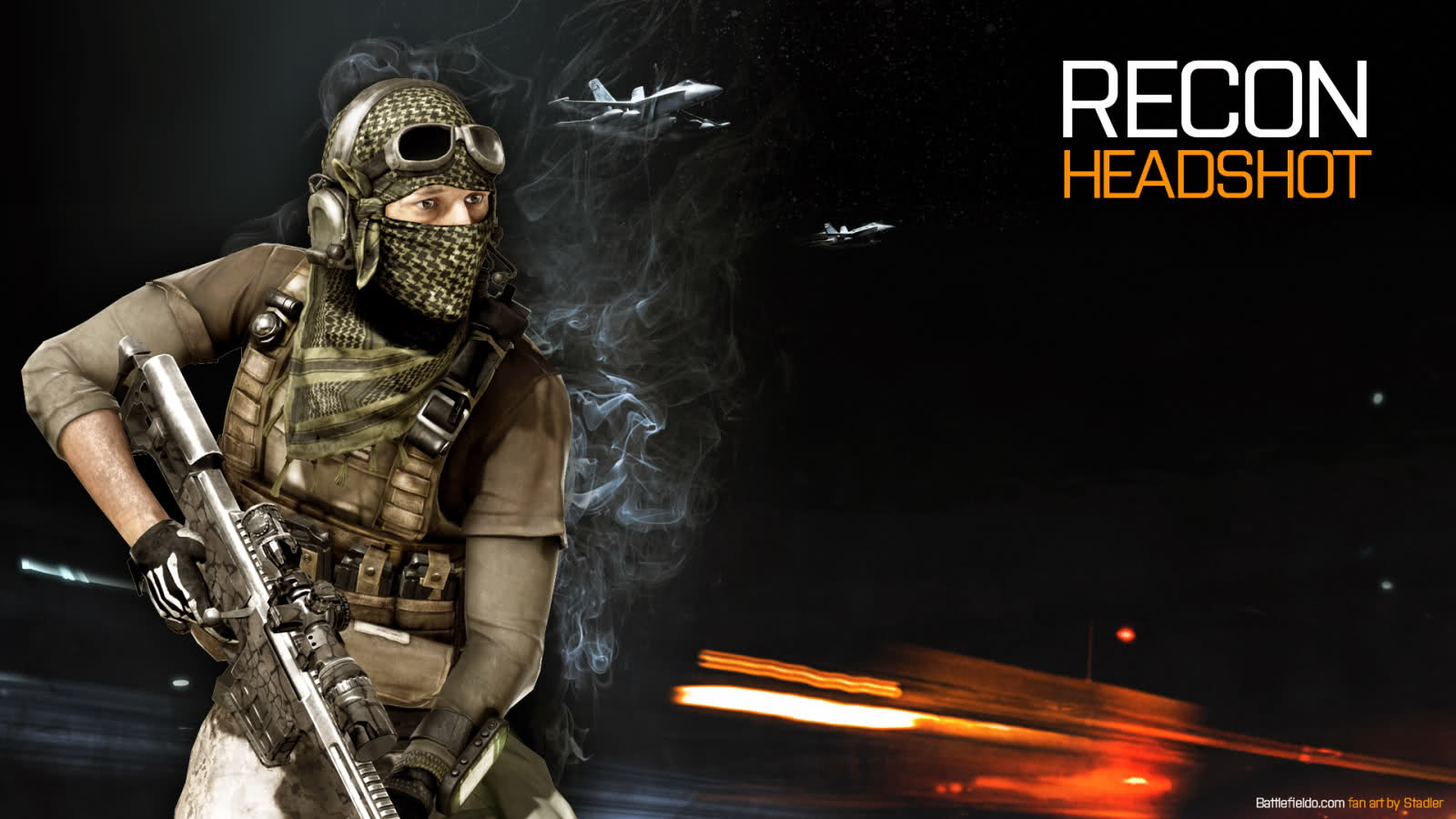 Our man, Alan Kertz, aka Demize99, is just handing out Battlefield 3 info like candy! The only thing he’s not spilling, of course, is the beta date. So, we’ll just have to patiently wait for that day to come.

However, we do now have more info on the recon class and what the deal is with the revive/last stand/man down function.

As many of you know, the support class (as well as any class with a fully automatic weapon, like an assault rifle) now has the ability to “suppress” enemies. If he lays down a barrage of bullets near his enemy’s position, the receiver will now be at the disadvantage of having slightly blurred vision, and will have a harder time pulling off accurate shots. We learned today how this function affects snipers when one fan asked Mr. Kertz on Twitter if snipers still have to control their breathing while prone with a bipod. He simply replied, “Not if they are not suppressed.” Kertz later clarified that he indeed meant suppressed as in suppressed by a LMG, not suppressed as in silenced. So, to turn his statement into a positive sentence, snipers still need to hold their breath while in prone, with a bipod, if they are being suppressed.

Let’s talk more recon. Kertz clarified exactly how silencers affect sniper rifles. “Suppressed snipers have a lower muzzle velocity, giving them a larger bullet drop and lead. Same damage, tougher shots.” Kertz also shed some light on the the reasoning for why sniper rifles behave the way they do in Battlefield 3. He reminds us that “This isn’t BC2, this is BF3 and we’re sticking with the damage model for sniper rifles from BF2.” It is the true sequel to Battlefield 2 after all.

Worried that the revive function in Battlefield 3 is too similar to “last stand” in the Call of Duty series? Kertz assures us that “It’s nothing like Last Stand.” The reason for all the fuss is that it was revealed that ” ‘Man Down’ is post revive, before you accept the revive you come back with your sidearm, and after accept you’re back to norm.” This may sound oddly similar to “last stand”, at least during the moment before you accept a revive, but I think we can trust DICE to make sure this isn’t a game breaking feature.

Two other smaller, but fresh facts:

Kertz answered “Yes” to a fan asking whether or not a grenade will still explode if the player was killed the second after he threw it. When asked if being killed and revived still counts as a death, Kertz replied “As of yesterday, no. It’ll be in the final game but not the beta.” Something to keep in mind.

We hope you found this information useful! There is much more to come in the near future. Keep checking back to our Battlefield 3 page to keep up-to-date, and follow @MPFirst on Twitter!

XM25 Grenade Launcher Not Overpowered and No Headshots to Unlock Camos