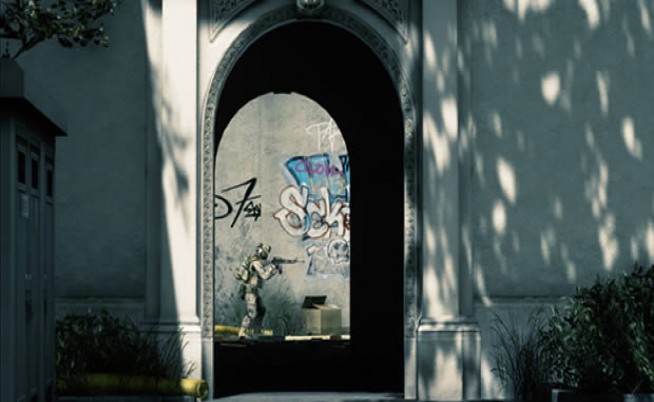 In the recent build of Battlefield 3 that we’ve been seeing lately, there have been a couple of newly implemented gameplay mechanics not included in the Beta that really stood out to us for a few reasons. The first being that they could drastically change the way some gamers play Battlefield and second, because they looked quite similar to gameplay mechanics found in the Call of Duty series.

At around the 3:30 mark in the video below, notice the player as he engages in a fire-fight with an enemy inside the tunnel infront of him. From what it looks like, it seems that whenever his enemy fires his weapon, which is noticeably unsuppressed due to the muzzle flash, his position shows up on the mini-map in the bottom left-hand corner, but is not highlighted by an orange triangle above his head. This basically confirms that enemies who fire an unsuppressed weapon will have their position revealed on your mini-map, which was not the case in the BF3 Beta.

What do you guys think? We’ll let you be the judge of this one.

Another feature in question is the ability to see the locations of your teammate’s death thanks to a skull that appears on screen and on the mini-map. You can check out a few screen shots of this in our Dissection of the Near Final Build of Battlefield 3.

It is arguable that both of these features are very similar to ones found in the Call of Duty series. Teammate’s deaths have always been visible, and enemies have always shown up on the mini-map when firing an unsuppressed weapon. However, it’s undeniable that both of these gameplay mechanics are also effective and enhance the gameplay. If this is indeed true, then why would developers not include it in their own game, regardless of whether or not it’s been done before? In an interview with Complex, Alex Grondel comments on this very issue: “Since we’re building what we’re building and other shooters are building their stuff, you can easily see when you get the awkward crossover in some places. You have the same inspiration, but you did it in two different ways. In other cases, you have two completely friendly implementations that have no resemblance, but you will still get compared.”

Let us know your thoughts in the comment section below and check out some of our recent articles! Also, we are looking for your feedback on the website. Click here to leave some comments!