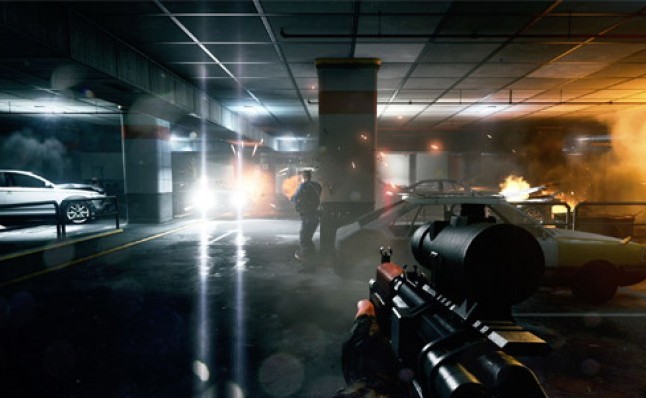 As the Battlefield 3 Beta is now over, and DICE is hard at work putting the finishing touches on the retail version, Alan Kertz, Senior Gameplay Designer, is revealing some very interesting information regarding the controversial issue of weapon damage.

To get a basic understanding of the weapon damage systems put in place in DICE’s new title, Kertz revealed that “The XM8 with Magnum is the basis for damage in BF3, then tweaked to fit the larger maps and more open spaces of BF3.” As many of you may remember, the XM8 assault rifle was one of the earlier ARs available to the soldier class in Battlefield: Bad Company 2.

Many BF fans are curious about the state of the UMP-45 since it’s been hailed as one of the more over-powered weapons in the Beta. Earlier, DICE did admit that it would be seeing changes. Recently, Kertz admitted that “It was only a little OP. It hasn’t changed much and the handling has not changed at all.” This is probably not as big of a change as many fans were expecting or hoping for, but it seems fair.

Some fans have been claiming that Battlefield 2142 had the best weapon balance in the series. One fan mentioned that infantry combat in BF3 was not as deadly as in 2142. Kertz responded, “ARs were 34-20 damage, 3-5 shots on a light, 4-6 on a heavy. BF3 is 34-16.7 for AR. 3-6 shots, no armor option.” Another fan asked how do light armored vs heavy armored vehicles work compared to 2142? Kertz answered that in BF3, “About 1 bullet of damage. 3-4 with light 4-5 with heavy. Heavy reduced sprint duration as well.”

When it comes to hardcore mode in BF3, some fans have been wondering how much higher the damage percentage will be. Kertz verified, “About 50%. It will be around 3 shots at point blank with assault rifles, one good burst.”

Once again, Kertz has stated that the ability to one-shot an enemy in the chest with a bolt-action rifle was unintentional. Some fans have stated the opinion that they like the way the bolt-action rifles worked in the Beta. When asked if it’s been changed since then, Kertz responded, “Correct, a bug has been fixed and some weapons have been balanced, but the core is intact.”

How did you feel about the weapon damage in the Beta? Do you think the bolt-action rifles should have been left alone? Let us know in the comment section below! Make sure to follow @MPFirst on Twitter for more Battlefield 3 news as we inch closer to October 25th!