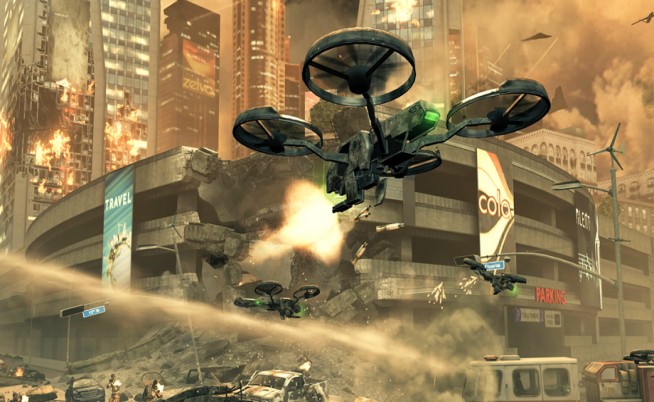 Along with the recent reveal trailer for Call of Duty: Black Ops 2, Treyarch has also released six episodes of a gritty and startling documentary that puts the setting of Black Ops’ sequel into perspective. It also demonstrates that while the tech that we saw in the trailer looks to be of the far future, it’s really not that far off at all. After all, Studio Head Mark Lamia did mention Treyarch’s prority to stay believable even though the setting takes place many years from now.

Additionally, we also learned that the voice clips Treyarch teased in some of the recent intel drops were not hints of voice-actors, but were, in fact, hints to dialogue that is spoken in this documentary. Click here for voice 1 and here for voice 2.

The future does, indeed, seem dark. To get yourself in the mood for Black Ops 2, check out these six episodes below.

To learn more about the potential killstreaks, weapons and vehicles that you’ll be utilizing in Black Ops 2, make sure to check out our in-depth Black Ops 2 trailer analysis.

The Weapons of Halo 4