Tired of Double XP yet? No? Good.

Treyarch is yet again offering a nice serving of Call of Duty: Black Ops 2 Double XP, this time in the flavor of Double Weapon XP.

Gamers on the Xbox 360, PlayStation 3 and PC will get a chance to earn double Weapon XP this upcoming weekend starting Friday, August 30 at 10AM PDT until Monday, September 3 at 10AM PDT. 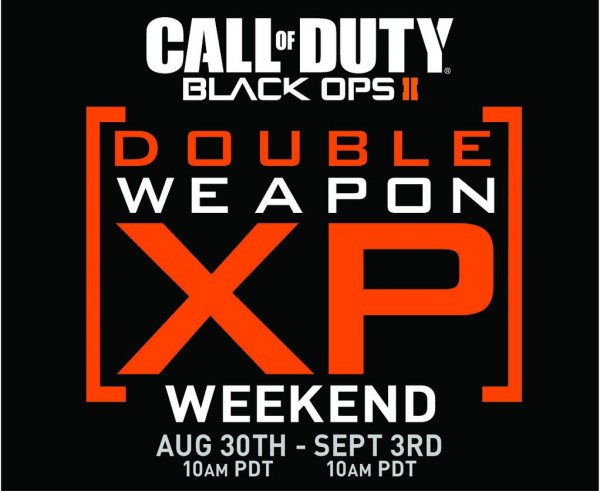