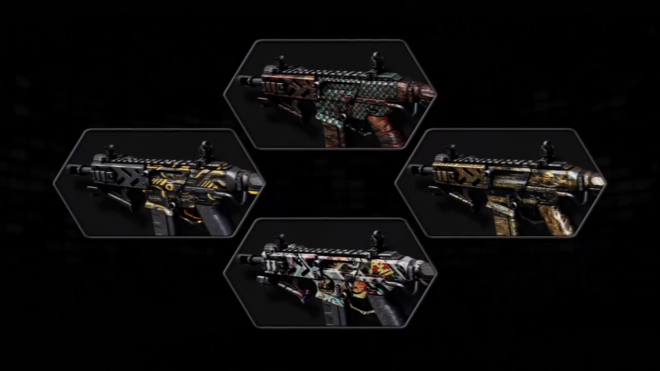 This weekend, Call of Duty: Black Ops 2 players are in the midst of voting for a new set of weapon camos that will become available for download as an in-game micro-transaction later, on May 29.

When the polls close May 28, the two of the four will be selected as winners, along with a matching set of weapon reticles and player cards.

Other than these images, there’s really no way to see what they will actually look like in-game. That’s why YouTuber TheJaRniBoi, the same reader who first spotted the Call of Duty: Ghosts weapon camo in Black Ops 2’s game files last month, has sent us a set of videos showing off each camo in-game by the same means.