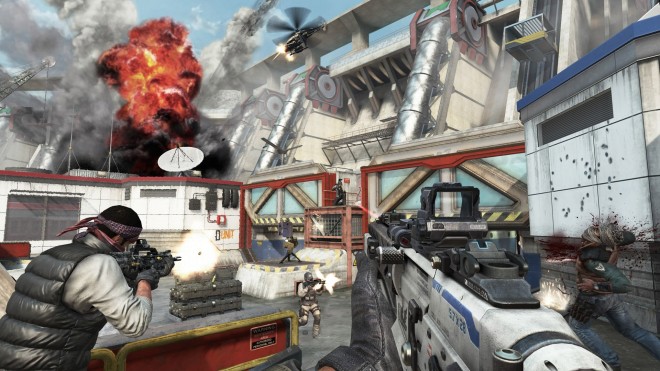 We got to play Call of Duty: Black Ops 2 Revolution at Treyarch studios, and it was awesome.

For your viewing pleasure, we got footage of all four maps in a couple rounds of Black Ops 2 Party Games. I’m not 100%, but I’m pretty sure you can hear Game Design Director David Vonderhaar laughing in “Sticks and Stones on Mirage.”

Check out the action below and let us know what you think so far in the comments!

Get some playtime already? What maps are you digging the most?

For more upcoming Black Ops 2 Revolution footage, keep your sights on our YouTube channel, MP1stTV. We also have some Zombie action for you to check out.

Call of Duty: Black Ops 2 Revolution is now available on the Xbox 360.

Sticks and Stones on Mirage

One in the Chamber on Grind