Hints of Black Ops 2‘s second set of downloadable content surfaced last week, suggesting the latest multiplayer expansion to be called “Uprising” and to include “Treyarch’s most terrifying Zombies experience to date.”

Promotional material spotted earlier today suggests these rumors to be true. According to the card shown below, Black Ops 2’s Uprising DLC will include four new multiplayer maps; Vertigo, Magma, Encore and Studio, as well as another addition to the Zombie mode; Mob of the Dead. 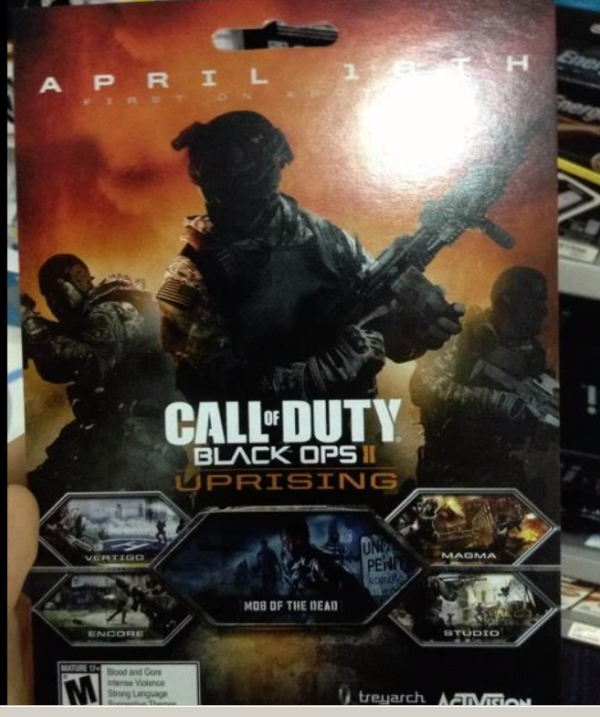 Though the card looks pretty real to us and does corroborate with earlier reports, we’re still considering it a rumor until officially announced by developers Treyarch or publishers Activision.

If it is the real deal, we can presume that Xbox 360 users will have access to the DLC on April 16, according to the card – one month later for PS3 and PC users.

What seems out of place, however, is the lack of mention of either a new weapon or zombie mode, items that came included in Black Ops 2’s previous DLC, Revolution. Compare the image to Revolution’s promotional material which did include mention of a DLC weapon. Then again, perhaps “Mob of the Dead” will include additional content not listed on the promotional card. 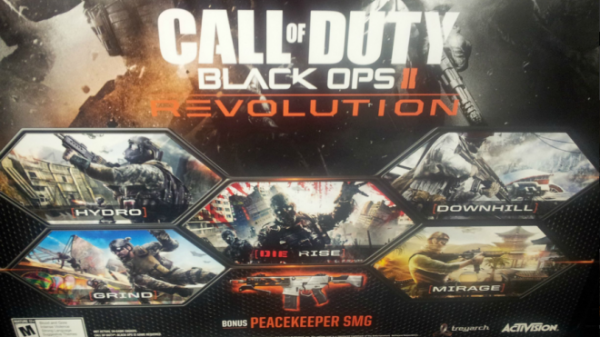 What do you guys think? Look real to you? Are you itching for some more Black Ops 2 content?