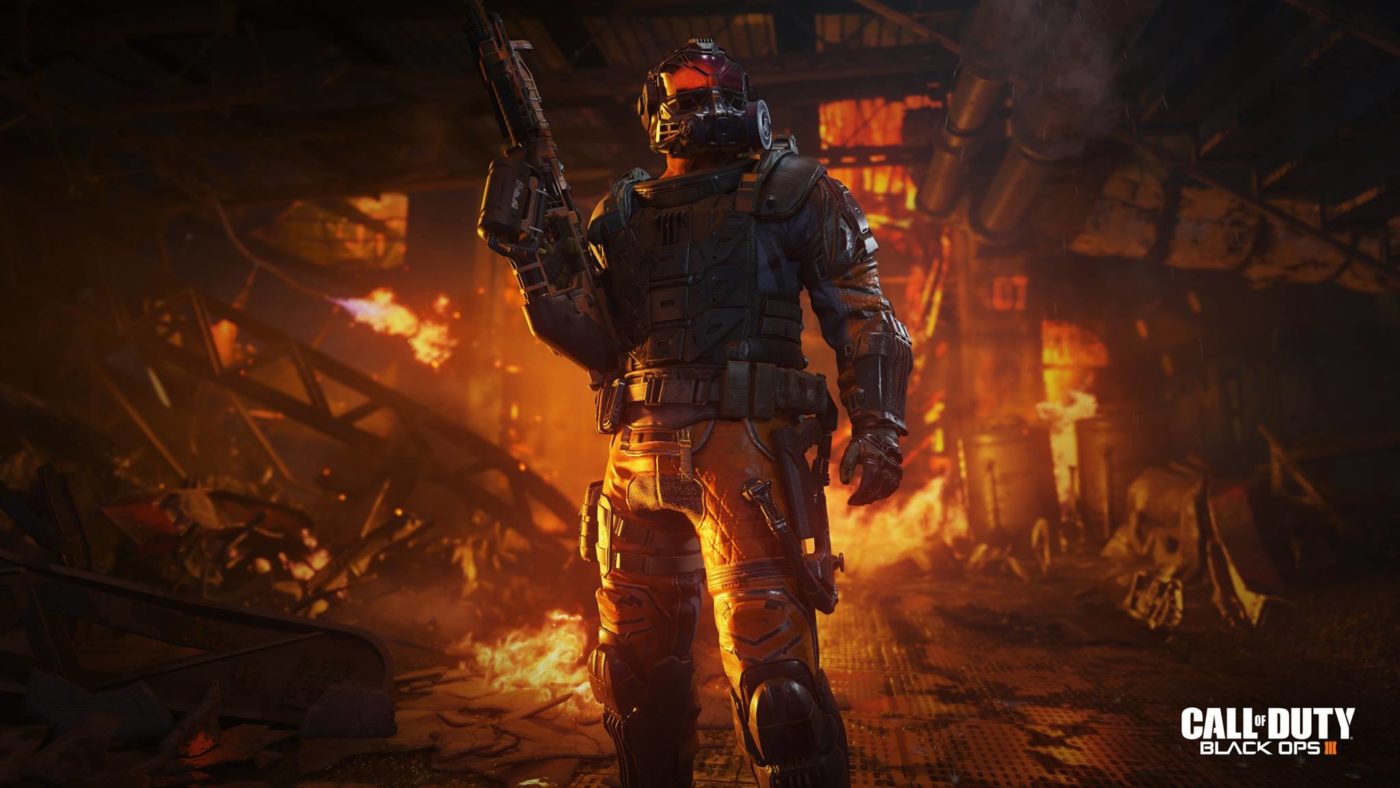 As the name suggests, Firebreak douses his enemies in flames using either his Purifier flamethrower special weapon or Heat Wave special ability.

Another obvious name, Black Ops 3’s new Redwood map is based on a far-future depiction of Northern California’s Redwood forests. Treyarch promises a well-balanced layout with opportunities for all styles of play. As with other maps, there’s also an underwater flanking route that players can discover.

Big thanks to CharlieIntel for the stream images.

In addition to the new reveals, Treyarch also talked about Taunts and Gestures that players will be able to customize their Specialists with in Black Ops 3 multiplayer. They can be activated upon winning a match and range in expressions from true taunts to more “good game”-type of gestures. Design Director David Vonderhaar teased “really interesting” long-term plans for Taunts and Gestures.

There’s likely still much more to come as we approach Call of Duty: Black Ops 3’s launch next month, November 6, so keep your eyes on MP1st for updates.