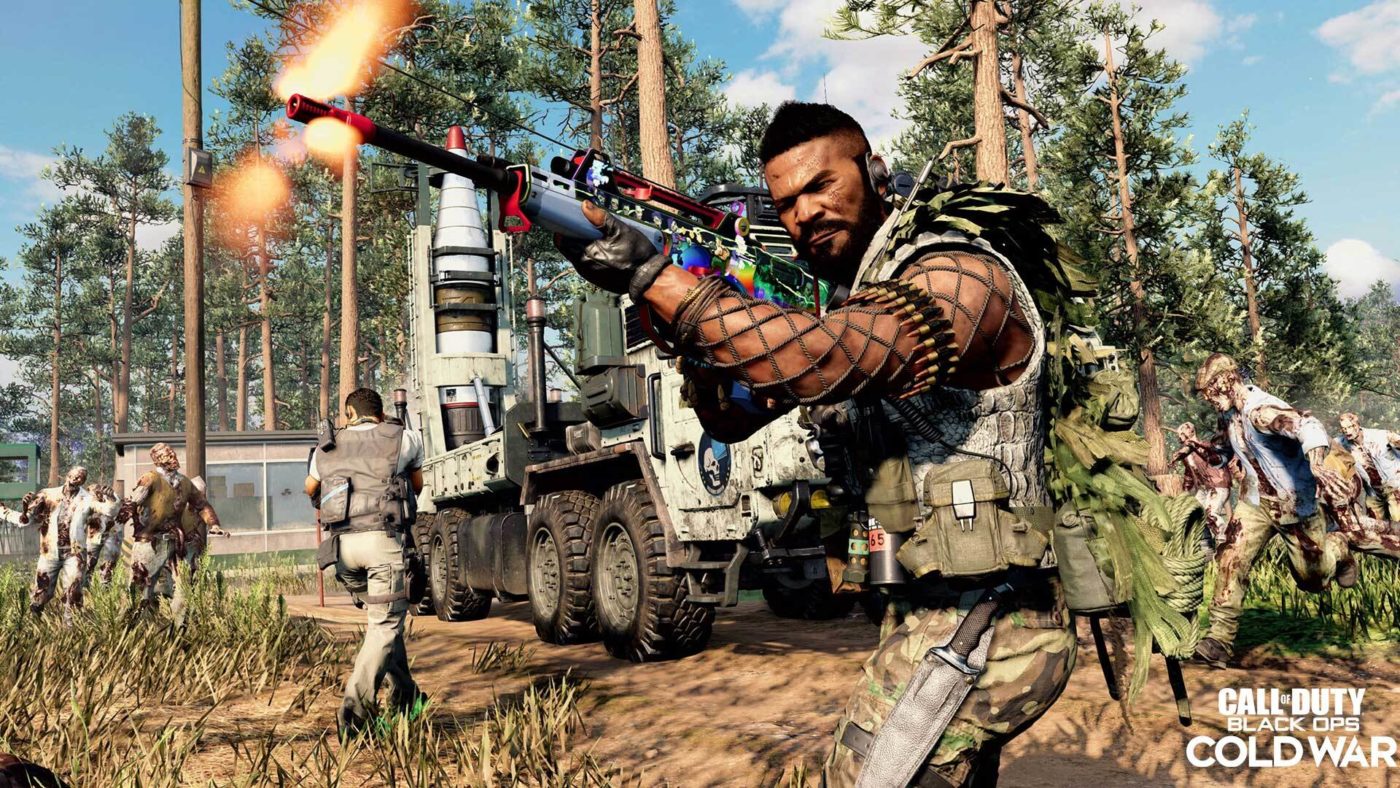 With Treyarch’s rolling patch deployment for Call of Duty: Black Ops Cold War, the data file s now available on all platforms! Note that while the Black Ops Cold War Season 2 update is now out, the actual new content can only be accessed by tomorrow (save for one new item that’s available now).

Treyarch has revealed the official patch notes and it’s a big one! Read it here.

Treyarch has announced that the new title screen and new lobby can be seen now in the game, and the Death Machine scorestreak can be used, too!

This will include early access to the Death Machine Scorestreak, new title screen, and new lobby.

Here’s a look at the new title screen and lobby:

In Zombies, the lobby visuals have also been updated with various Dark Aether elements added to the one seen in Multiplayer. pic.twitter.com/gzF9inQ2Jf

First look at the Death Machine:

First look at the Death Machine in #BlackOpsColdWarpic.twitter.com/DMmPWJNjYe

We are also hearing reports that the Zombies mode Outbreak is playable for some now, too,

Here’s a list of the stuff incoming (for Multiplayer and Zombies):

Don’t forget, we’ll be getting a Call of Duty Warzone patch separately tomorrow as well, and the official patch notes will be made available tomorrow, too. Once we have those, we’ll let our readers know ASAP.