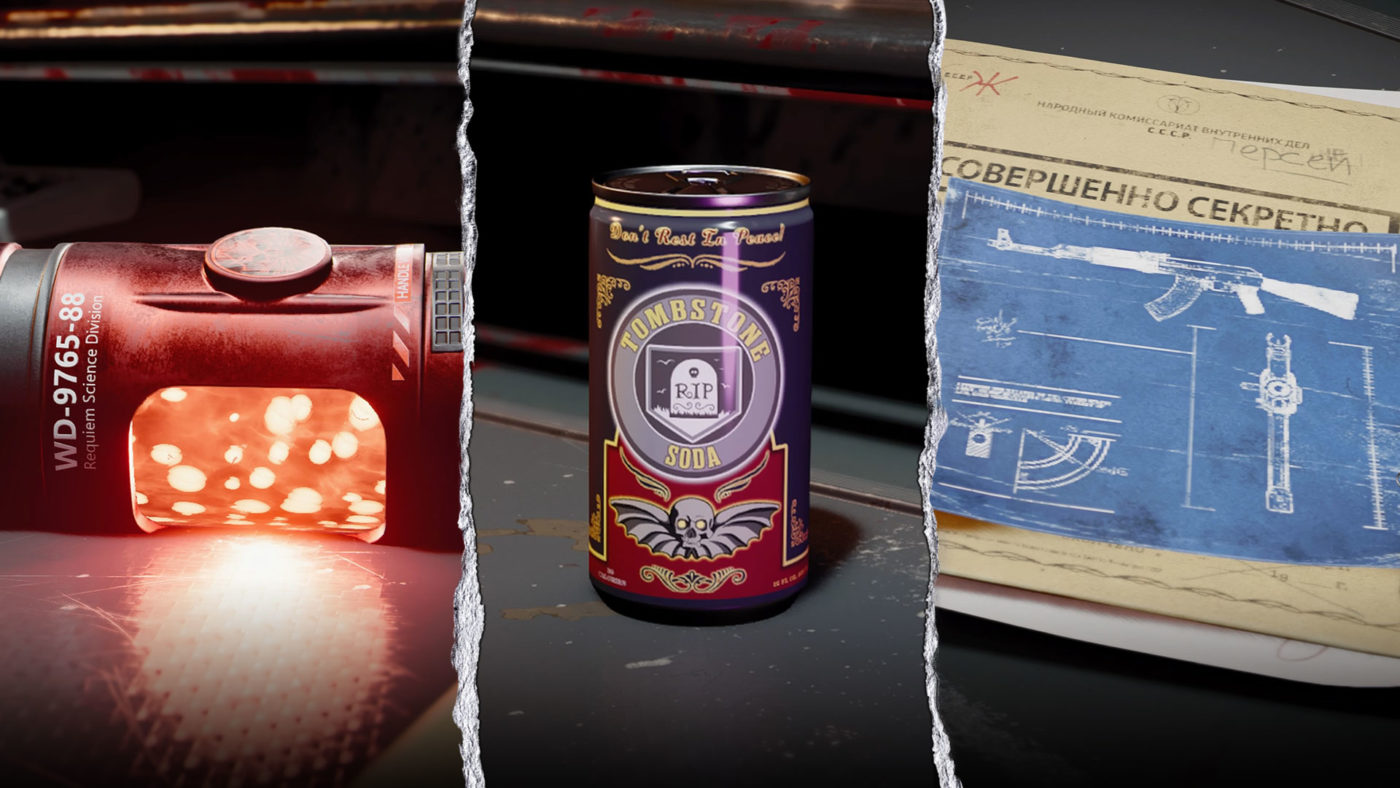 How Do You Earn Refined and Flawless Aetherium Crystals?

The method of earning Refined and Flawless Aetherium Crystals is similar to the current method to earning  Raw Aetherium Crystals. The difference being that they upped the required amount of Zombies round needed, and in Outbreak are rewarded for completing a higher number of objectives. As to exactly what that number is, we should find out later tonight when the the changes are live.

Continuing on, down below you’ll find all the newly added skill options along with a detailed description.

Every single Weapon Class, including the Launcher and Special classes that receive their own Skill upgrades as of Season Two, can become more powerful with the help of the new Aetherium Crystals. Remember, these upgrades not only affect your starting weapon, but also any weapon picked up in-game, whether it’s a Wall Buy, a Trials Reward, or out of the Mystery Box.

These are the simplest upgrades out of the four main Skill categories, as they all mostly boost damage output across all weapon types.

All but one weapon category’s Tier IV upgrade is like its Tier I upgrade, and its Tier V upgrade like its Tier II upgrade. For example, upon unlocking Tier IV for Assault Rifles, their longshot damage is increased from 10% to 25%. This impact on the meta is simple on the surface: whichever weapon class you gravitate toward, it will see a damage boost in some form with these new crystals.

The only exception is the Melee category. Its Tier IV upgrade is directly related to its Tier II one, but when imbued with Flawless Aetherium Crystals at Tier V, it allows agents to heal small amounts of damage with melee attacks. This can be potentially game-changing.

Imagine getting swiped by a zombie for a chunk of damage, only to swing back and regain some of that lost health immediately. In panic situations, this upgrade might just save your life, and outside of them, regaining a little bit of health every now and then certainly doesn’t hurt.

The all-new Frenzied Guard gets a major duration boost at Tier IV, but more importantly adds an additional slow effect to all normal enemies at Tier V. This allows tanks to make an impact far past their immediate area, letting squadmates outrun hordes more easily.

Frost Blast and Energy Mine get similar upgrades at Tier IV with one additional blast or mine. At Tier V, each branches off to get its own powerful upgrade.

For Frost Blast, this equates to a short-range Insta-Kill powerup, as frozen zombies will shatter immediately after any hit.

For the Energy Mine, it becomes a better tool against Special enemies with its three successive stuns, giving agents the opportunity to stop them from pulling off a powerful attack with a well-placed mine.

The Aether Shroud’s movement and additional charge benefits can translate to agents getting further away from tough situations more often. Or, for those who use this in more of a support role, these upgrades give agents more opportunities to run up to and revive faraway squadmates more frequently.

Healing Aura fans become even more powerful healers thanks to its Tier IV and V upgrades. At Tier IV, revived allies now keep all of their Perks on their decay meter. Meanwhile, those constant beams work overtime at Tier V, persisting at their initial locations and continuing to heal players for 10 seconds.

Finally, the Ring of Fire gets even deadlier with a small chance of insta-killing normal enemies through its burning effect, which can add additional support against unmanageable undead crowds. The Tier V upgrade meanwhile offers even more rewards for staying within the ring, but be sure to have an exit strategy when it finally runs dry.

Tombstone Soda gets two major fundamental changes across its additional Tiers, starting with getting agents back into the fight quicker than before. Not having Perks decay when downed is an absolute boon as well, making it just a matter of buying another Tombstone Soda instead of a few lost Perks whenever you’re down for the count.

Jugger-Nog’s new Tiers not only make agents better tanks at Tier IV with reduced armor damage, it also essentially gives them a second life at Tier V. Being brought down to 1 HP rather than 0 can be enough of a cushion to push out of a zombie horde, or serve as a turn of fortune after a devastating blow from an Elite enemy.

Speed Cola becomes a speedrunner’s dream at Tier IV by making barricade repairs and Mystery Box rolls faster, and gains some serious benefits at Tier V. Outrunning the horde but can’t reload or thin their numbers with hip-fire? Now you can thanks to this awesome upgrade.

Quick Revive gives agents the ability to quickly get out of a bad situation after reviving an ally at Tier IV, granting a 5-second speed boost to both players. As for Tier V, it instantly revives you if you can kill an enemy while downed. This, on top of Self-Revive Kits and Jugger-Nog, can give agents more chances at survival than ever before.

Stamin-Up adds another speedy benefit to Zombies at Tier IV: using equipment while sprinting, great for those looking to hit moving Tomahawk shots or toss Cymbal Monkeys while escaping big hordes. Tier V makes agents even quicker thanks to the removal of sprint slowdown, making them move at maximum speed whenever they decide to pick up the pace.

Elemental Pop gets a major buff to elemental damage at Tier IV, and receives a bit of an “Electric Cherry” twist at Tier V thanks to that new ability. Agents may want to wait until a magazine is fully expended to deal the most damage to nearby enemies while reloading… or find weapons with smaller magazine sizes to hit this damage maximum more often.

Deadshot Daquiri becomes more potent with two different damage buffs: a 10% critical damage increase at Tier IV, and a consecutive hit bonus at Tier V. The former upgrade is great all around, while the latter is most useful against Elite enemies that require multiple hits before they return to their grave.

The original four Weapon Mods all have their abilities affect Special enemies at Tier IV, and gain the ability to spread their effectiveness to other enemies in some form at Tier V.

Napalm Burst makes burned enemies spread their flames to five of their normal brethren, which is great for taking out a bunch of undead in a crowd.

Dead Wire’s Tier V upgrade turns zombies into superconductors, spreading that stun effect out even to Special enemies that may lurk within a mob of normal shamblers.

Cryofreeze becomes even more of a tool for getting out of difficult situations, as having that slow effect jump to five other enemies can help an agent easily escape a small mob.

Brain Rot’s big Tier V buff make it into a necromancer’s dream. With three turned enemies instead of one on your side, you’ll have more creatures to act as your frontline platoon against massive waves.

Then there is Shatter Blast. The Tier IV upgrade is a 100% increase in effective explosion range, which is phenomenal within packed rooms, and Tier V turns this Weapon Mod into an explosive barrage. If this triggers at the front of an approaching mob, it can potentially strip them of their Armor and knock them all down, making them far less of a threat compared to their normal charging nature.

Whew, there you have it all the new upgrades becoming available later today. What do you think, feeling like an expert yet? For Warzone fans, don’t forget, Season 2 for Warzone is hitting tomorrow.