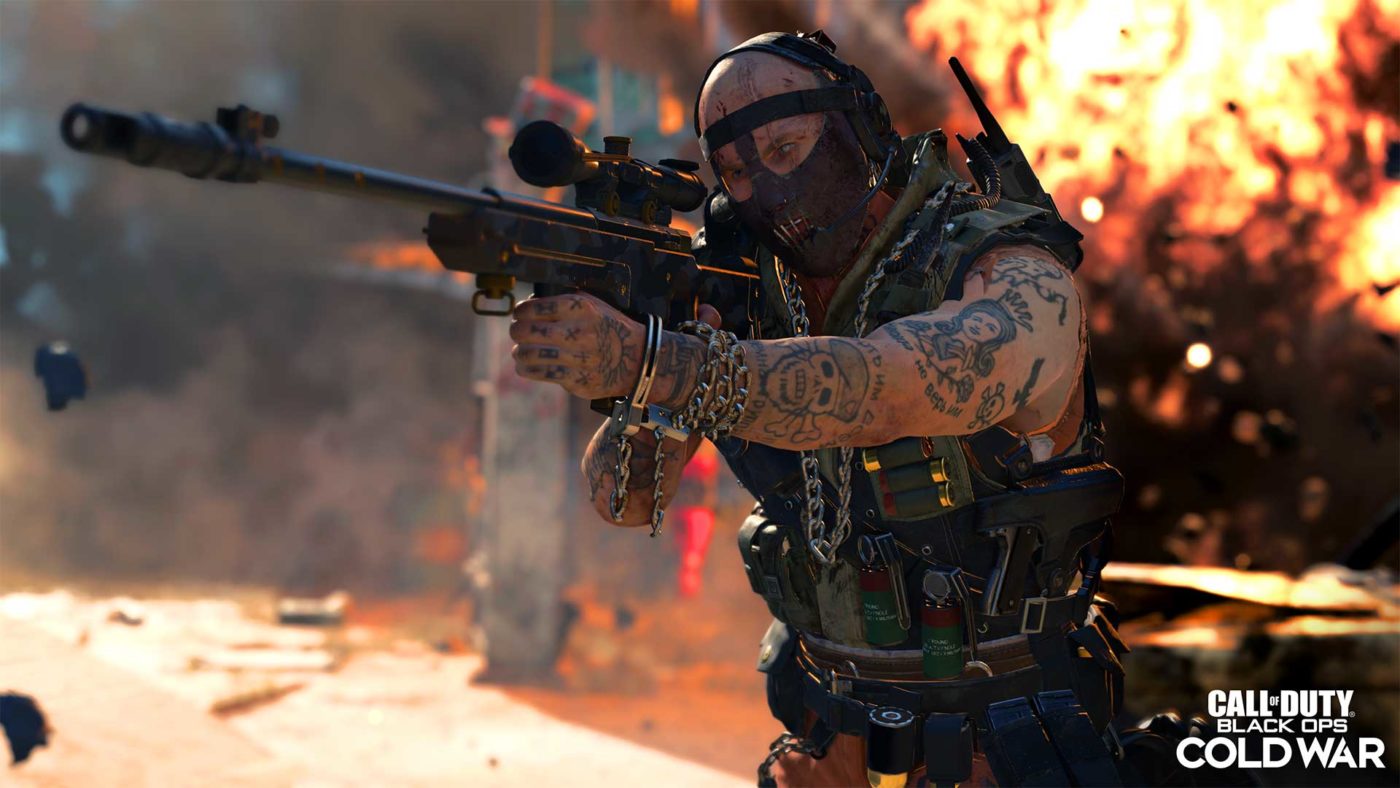 Following Treyarch’s announcement after last week’s patch roll out, the Call of Duty: Black Ops Cold War update 1.08 December 15 patch is now live, and this is the patch that brings weapon tuning, and more importantly, the Season 1 data that should be live tomorrow.

Update #2: Added info regarding the new weapons that are already in the game even before Season 1 launches, as well as changes to the Ninja perk and more.

Download sizes: 3.4GB to 7GB depending on platform; Call of Duty: Warzone will have a separate dowwnload.

Treyarch has announced that the patch notes will be released before Season 1 goes live. The changes in this patch includes weapon and perk tuning, Zombies updates, and more.

* = Denotes content or feature available at the start of Season One.

Included in this update:

(this is all I could find tonight)

The AUG got a close range damage reduction: 54->51

The HARP scorestreak is now available in multiplayer!

HARP the ‘new’ scorestreak was added in the small update we got today. from blackopscoldwar

It's no longer resistant to Field Mics.

Spycraft however has been buffed by adding resistance to Field Mics. #BlackOpsColdWar pic.twitter.com/FiaLMZwbPN

Flak Jacket perk has been nerfed!

Loving The Flak Nerf from blackopscoldwar

New weapons have been added:

We’ll have the full patch notes in the post once Treyarch releases it. In the meantime, go check out the slate of new content in Season 1 right here, where we list the new weapons, maps, modes and more coming tomorrow for free!

For those interested in picking up the game’s first Battle Pass, we also posted a preview of that along with the trailer here. We’ll be giving away a couple of Battle Passes either later today or tomorrow, so keep an eye out for that, too.