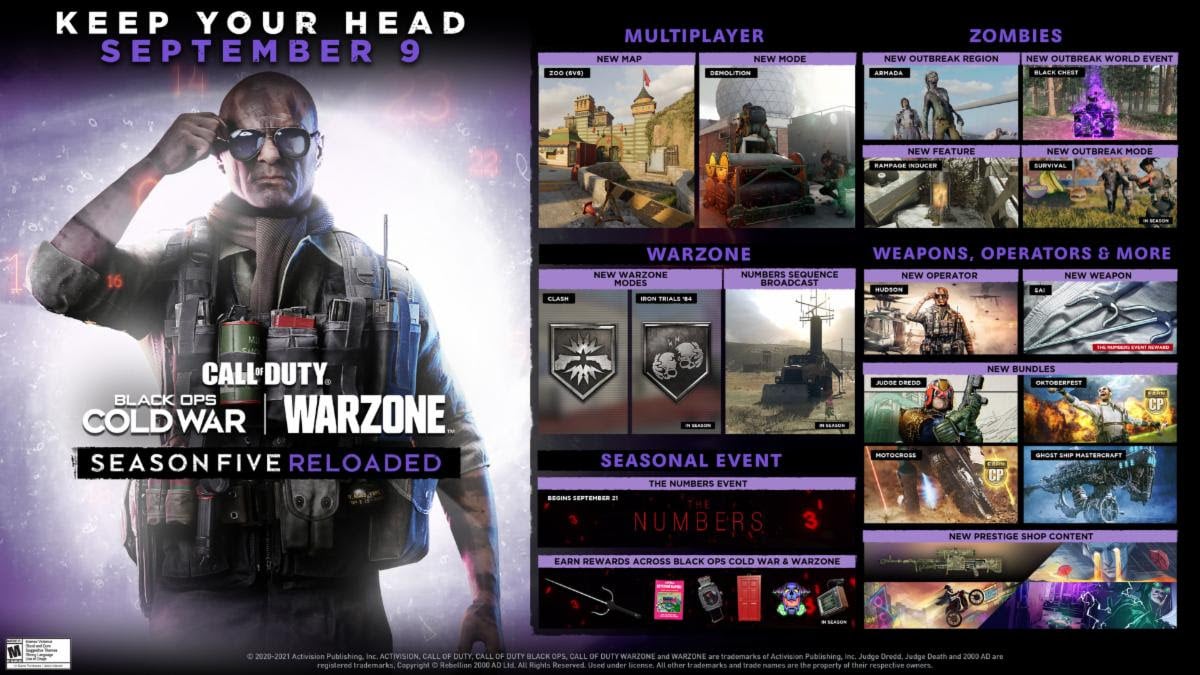 The last time we touched on Black Ops Cold War was the August 16 patch update, and you can check on the details on that here if you missed out.

For more on Season 5 Reloaded, check out the in-depth breakdown by Activision here.

Black Ops Cold War & Warzone are available to play on PC and Consoles.