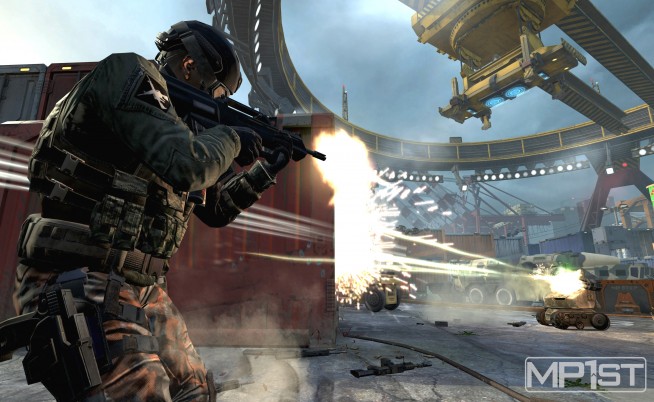 Studio Head at Treyarch details some of the improvements the team is making when it comes to Call of Duty: Black Ops II’s multiplayer matchmaking system.

“On the multiplayer front, I think one of the things we’re paying attention to is that there’s a lot of very experienced COD multiplayer gamers who are very good at Prestige-ing,” Lamia told Official PSM UK in a recent interview. He continued, “they want to play and compete with people, and to find and play with their friends more easily. We’re listening to that.” This is one of the points of feedback the team has been taking into consideration when it comes to matchmaking options in Black Ops II’s multiplayer.

“We also hear from people who aren’t as adept or as skilled in multiplayer that they’d like to be able to compete or have a way to play where it’s maybe not as difficult to compete at times – so if they have a chance to build up their skill sets then they’ll compete – so we’re actually working to satisfy a broader range of both.” It sounds like Treyarch will be focusing on giving those players of similar skill levels improved ways to play together – allowing vets to keep the competition up with each other, while giving newcomers a chance to improve their skills in a more suitable environment.

After all, Lamia mentions, “we also think the second most fun way to play COD, besides winning, is almost winning. We want to make more of those experiences, too, because those really close matches can be very satisfying as well.” On top of that, Treyarch also believes “that COD is incredibly fun to play with your friends or with somebody else online. And we think we can help people find and make that connection in the game through our matchmaking system – we want to help people do that.”

Interestingly, Lamia also commented on the possibility of bringing the newly introduced game mode Strike Force into the world of co-op, teasing, “you never know where these modes that we introduce go. At one point in time Zombies was just another mode, so you never know.”

These new matchmaking features, while we still lack details, sound promising to both experienced players and newcomers alike. Would you like to see Strike Force made into a co-op mode at one point?