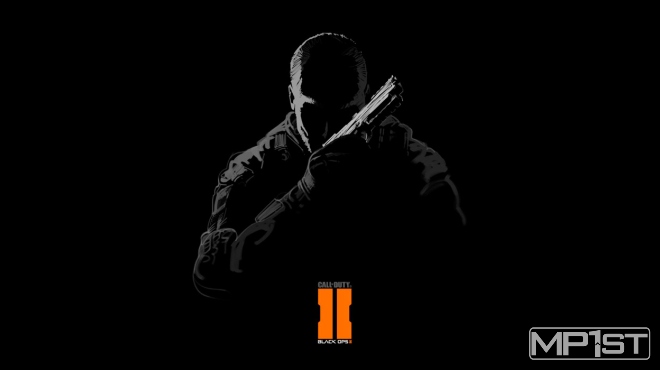 Update: The thread has been deleted. We couldn’t find a cached version of Vonderhaar’s quotes, but here is the only one we had left open.

Original Story: One thread titled ‘BO2 on PS3: Lack of Developer Interaction and Dialogue’ on the official Black Ops II forums has attracted 208 replies, many of which came from disgruntled PS3 fans who are not satisfied with Treyarch’s way of handling the community on the platform.

This is understandable as the dodgy launch of the original Black Ops on the PS3, and the infamous Microsoft Activision exclusivity deal, have contributed to the overall dissatisfaction of the fans.

However, Treyarch’s Game Design Director, David Vonderhaar, decided to weigh in on the discussion, as spotted by MP1st reader Mimzymoo. Before we get to Vahn’s quotes, we encourage you to read the complaints posted on the thread (no longer available, here’s a cached version of the first page), as these will either justify Vonderhaar’s reaction or not. You be the judge of that.

Here are all the quotes from David Vonderhaar on the thread. He began his rebuttal by stating;

And you seriously wonder why I don’t enjoy talking to you? You’ve been throwing me under a bus this entire thread.

[Complaining] that I tweeted about Xbox Live problems to Xbox Live fans is really a new low-point for you. When the PSN melts down, I’ll be doing the same thing. Oh right, I did do that when the PSN melted down.

It’s fine. I am a big boy and a few of you are not so great at making friends. When you think about changing your ways; I’ll think about communicating with you more often.

In the meantime, I’ll be doing the same thing I did last game, rolling with my own platform-specfic game crews to check the health of the game in the real world. That crew [still] won’t include anyone from the PS3 forum community whose primary post count deals with taking jabs at me.

Later, Vahn responded to forum user thebigb59, who’s concerned by the lack of PS3 developers from Treyarch being active on the forums. Vahn explained;

Very few people are spokespeople and permitted to talk to the community. We have 3 community people who manage the forums on a day to day basis.

Many developers, PS3 [specific] and otherwise, are on the forums. I know because they link me threads all the time. They lurk because they are not really supposed to post in the first place; and they lurk because of the negativity that can surround them when they make themselves known.

If the PS3 lead(s) wanted to post on the forums because he found it useful or enjoyable, we would probably let him after some media training. He doesn’t.

My PS3 crew on Black Ops 1 contained a Canadian, an Englishman, a Scottsman, and 2 Americans. I found them via Twitter. They were people who were having problems with the PS3 that I was trying to work out. One of them also happened to be a forum guy.

I burned through a couple of people to find these 5. I ditched anyone who fanboyed or trolled. I liked working with the guys so much that I invited them to my house. I’ll probably be doing the same thing this year.

If you want developers on the forums and better communication, then clean up and self-police your community better.

Vahn further clarified his stance on the subject of platform favoritism to everyone.

I get it. I’m not blind. I understand. If I didn’t understand, or cared, I wouldn’t have posted in the first place.

Some of you, not all of you, micro everything I have to say as continued evidence that Treyarch (or I) have it out for non-Microsoft platforms. Or, as I’ve seen often, twist my words to represent your agenda or point of view.

Or, you might toss in a few jabs words about something [totally] unrelated such as our panel at Cod XP, or a Tweet I made about problems over a million people were having with Xbox Live and our game(s).

You wanted to know why you aren’t getting intel. So, I’m telling you.

That’s one reason. It’s certainly the primary reason why I personally don’t spend much time in sub-forums. The other reason is that I am busy working on the game and don’t have much time.

The other reasons include business considerations and PR / [communication] strategies, which no line level developer has anything to do with, can’t comment on, doesn’t know the details, and probably doesn’t care or have time for because he or she is working on trying to make a solid game for the platform(s) that developer represents.

Vahn, then, replied to two specific quotes from user Mizanur who’s worried about the general improvements on the platform, but Mizanur did use some harsh words in expressing his stance.

Mizanur: It’s pretty sad you can’t tell us something specific that is being done to make the game perform better.

We haven’t talked about this on any platform. It’s not part of the communication strategy. We haven’t even revealed MP yet, let alone get into this kind of detail.

Mizanur: Shocking really considering we [paid] for nearly half your wages.

This is exactly the kind of comment I’m talking about. You can’t seem to make a statement or point without getting a jab in. That sort of straight up negativity is why you are [frequently] ignored. It takes one stale statement to ruin an otherwise perfectly reasonable question.

I’m just telling you what you need to be successful if you want me to communicate with you. That isn’t the way.

How do you feel Treyarch has handled the PS3 community in general? Are Vonderhaar’s responses justified?